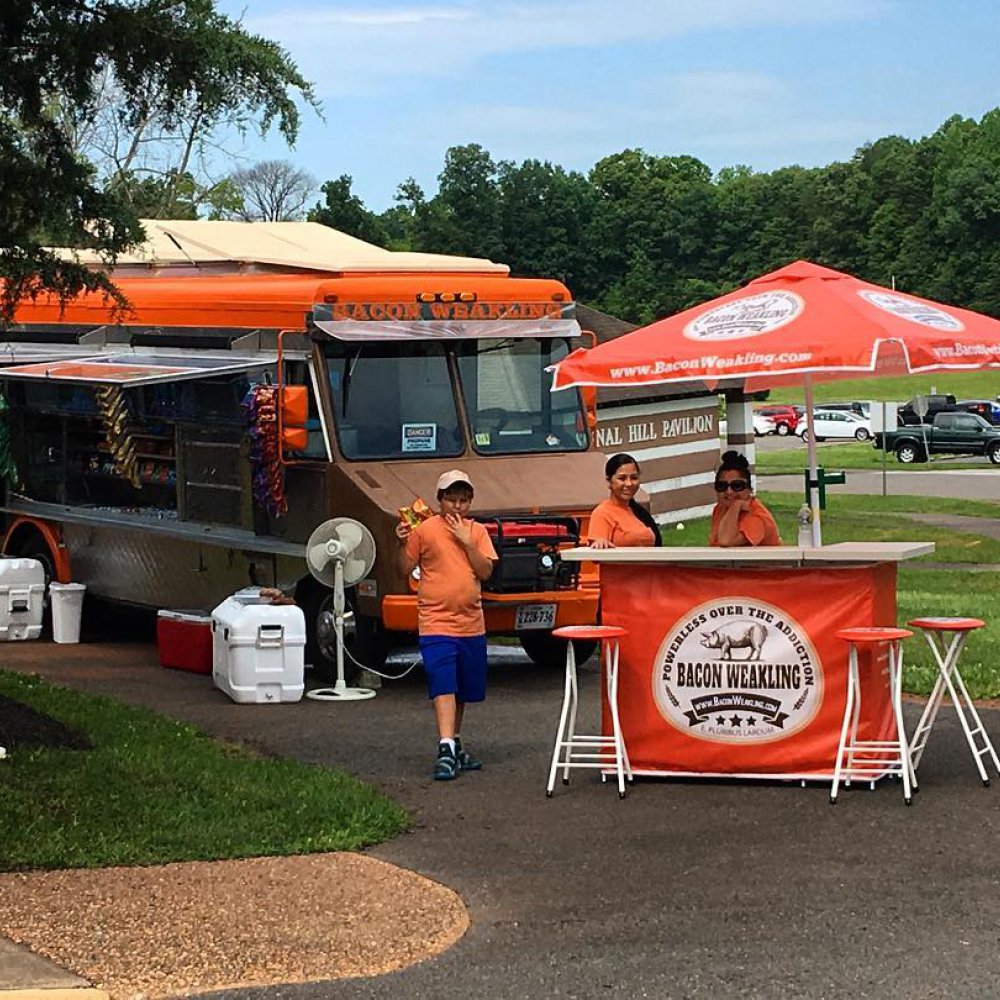 Bacon Weakling Mobile Catering is out to give those who succumb to cravings an irresistibly savory solution: bacon flavored everything. Bacon in everything. Bacon to make you weak in the knees. Hey, no judgments here. Bacon is nature's meat candy, after all, and no one knows this more than Bacon Weakling, giving Washington DC a whole lot to pig out on. At Bacon Weakling Mobile Catering, they're committed to using the highest quality ingredients including prime strips of bacon to make up each and every hearty meal. And bacon snacks, too. Catch 'em for breakfast for classic bacon pairings, including an egg bacon and cheese sandwich and platters of pancakes, hash browns and bacon. Or bacon up your lunch routine by indulging in a big ol sandwich, stuffing in bacon mac & cheese between two pieces of grilled sourdough bread for the heartiest of grilled cheeses. Bacon snacks? They got the memo, putting bacon on a stick and dusting bacon on crispy chicken wings. Don't knock it 'til you've tried it. It really is that good. What are you still reading this for? Find Bacon Weakling Mobile Catering on the streets in our nation's capital, or hire 'em to bacon up your next event. Bringing home the bacon has never been this easy, or this satisfying. MUST TRY