The New England Food Truck Festival is a can’t-miss two-day street food celebration in West Springfield, Massachusetts. The annual event offers fellow food lovers food trucks, live music, and family festivities! It’s a safe, organized, and fun atmosphere that keeps families coming back for years. This year they expect 20,000 to 30,000 attendees, so arrive early – and hungry! The festival will take place at the Eastern States Exposition Fairgrounds on Saturday, August 1st from 12 to 8 PM and Sunday, August 2nd from 12 to 6 PM. Over 50 trucks will be in attendance, including favorites like the Szabo’s Seafood dishing out fresh fish, and Chowda Heads serving the best bowl of “chowda” in town. If you still have room for dessert, check out The Whoo(pie) Wagon‘s classic cream-filled treats, or Nora Cupcakes, with its crazy cupcake concoctions like Jalapeño Mango, Chicken and Waffles, and Oreo Mudslide. Thirsty? This year the Boston Brewing Company will be providing refreshing beers and ciders – so try a hard root beer float at the Coney Island Hard Root Beer Float Station! Get stoked! The most adorable surf event of the year is happening on Saturday, August 1st, 2015 in San Diego! Over 50 canine contenders will be competing from 9 AM to 2 PM at 2 Elder Avenue, Imperial Beach, California. Just to the left of the pier, the Unleashed by Petco Surf Dog Competition will spotlight San Diego’s furriest surfer doggie dudes with all of the proceeds from this feel-good event going to the San Diego Humane Society. It’s free to watch, but costs $53 to register as a surfer. Competitors come in all shapes and sizes – some even surf in costume – we’re talking to those puppies who specifically like to disguise themselves as Muppets characters. Two-legged and four-legged friends alike can check out the kid zone, a free photo booth, dog adoption center, off-leash play area, beer garden, and – of course – human-friendly food trucks! Don’t miss favorite trucks like Big Wave Grill, It’s a Dog’s World, and American Flavors.  Or check out street eats like organic grilled cactus tacos from Taco Picasso and paleo snacks at Not So Fast.

The Bay Area’s best music festival, Outside Lands, is much more than just music –for the past eight years, the food and drinks have been stealing the spotlight.  Along with talent like Elton John and Kendrick Lamar, there will be 32 breweries comprising “Beer Lands,” 37 winemakers at “Wine Lands,” and 13 food trucks in the thick of the festival. Carnivores will go crazy for Bacon Bacon and The Rib Whip, while those with a sweet tooth will want to head over to Kara’s Cupcakes, Crème Brulee Cart, and Rocko’s Ice Cream Tacos. Line up early for trucks like Del Popolo, Señor Sisig, Seoul on Wheels, and Those Fabulous Frickle Brothers, which are notorious for their long waits every year. Other can’t-miss tasty destinations include Choco Lands, Cheese Lands, and GastroMagic – the culinary entertainment stage that debuted last year. Who doesn’t love street food and cold brews on a hot summer day? This year, the Bite of Oregon’s theme is “Celebrating Oregon’s Bounty” – fitting, considering the Beaver State has lots to brag about, especially when it comes culinary and libation wonders. Check out over 12 restaurants, 4 food trucks, and 20 breweries and wineries at Portland’s Waterfront Park from August 7th to 9th.  Delectable street food dishes include kimchi quesadillas from Koi Fusion, and juicy burgers, each named after one of Portland’s bridges, from PDX Sliders,. In addition to the great food, there will be live music and chef cook-off competitions for your enjoyment!

Taste Ohio’s finest dishes at the Fifth Annual Columbus Food Truck Festival – the largest food truck fest in all the Midwest! Over 70 trucks will be at the 3-day fest celebrating food, fun, and more food. Head to the Columbus Commons downtown on August 14th and 15th from noon to 10 PM, and on August 16th from noon to 6 PM. Ohio’s best food trucks will be accompanied by live music, vendors selling handmade goods, and a variety of activities for the whole family. An old-fashioned carousel and jumping castle will keep the kids entertained as you make your way through the culinary delights. Try popular local trucks such as Tatoheads, famous for its fries and amazing dipping sauce, and Pitabilities, which serves fantastic Mediterranean-American fusion cuisine wrapped in a pita. Other trucks that will be in attendance include the Paddy Wagon, Schmidt’s Sausage Truck, and Aromaku.

The 7th Annual San Francisco Street Food Festival is happening at the iconic Pier 70 in Dogpatch neighborhood. This free-to-enter festival is a celebration of the Bay’s best food and chefs, as well as the community’s hard work towards a more inclusive, diverse food economy of the future. Purchase a passport so you can sample bites from Hella Vegan Eats and over 100 other local food businesses while giving back. For each passport purchase, proceeds go to La Cocina. If you still have room for desert, try trucks like Frozen Kuhsterd and SF’s one and only Crème Brulee Cart.

Experience dozens of the best trucks from around the state at the Massachusetts State Food Truck Festival, on August 15th and 16th at the 3 County Fairgrounds from 11 AM to 7 PM. It’s the perfect event for the family, with kids under 17 receiving free admission as well as free face painting in the kids area. Adult admission is $5, with $1 of each ticket going directly to the Northampton Survival Center. There’s going to be over 150 amazing vendors, including trucks like Zinneken’s Waffle Truck and Yumm Bai.

Stop by Washington’s largest independent food and craft festival in South Lake Union, running from August 15th through 16th.  The third annual Seattle Street Food Festival is a fantastic place to mix tastes (over 50 food trucks) and mingle (over 85,000 attendees) while trying local brews from the beer garden and soaking up some rare sunshine. Experience the Northwest culinary world of chefs, food trucks, pop-ups, and more in a family-friendly environment. If you’re feeling antsy to feast, there will be a kick-off party at the Discovery Center Meadow on Friday the 14th from 3 – 10 PM. The main event will be Saturday and Sunday from noon to 11 PM in the South Lake Union hood, at 217 9th Avenue North, Seattle. Among the dozens of trucks will be Sam Choy’s Poke, Chopstix, and Street Donuts.

Chow down on some of L.A.’s best food trucks, listen to live music and watch some film favorites. It’s almost... 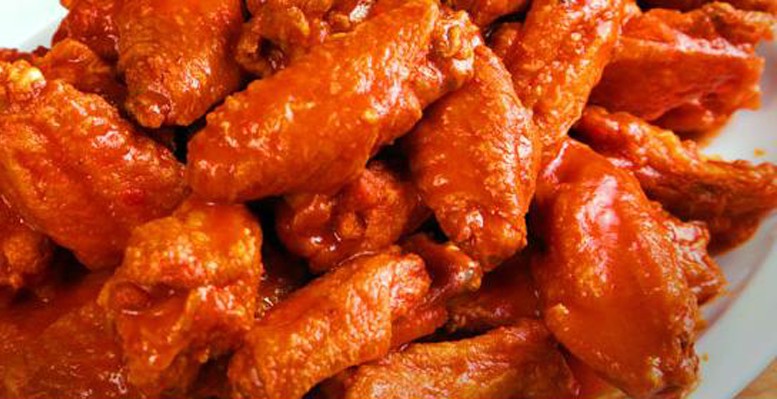 A Taste of Colorado: September 4th – 7th Over 50 of Colorado's favorite restaurants and food vendors will congregate at...