Four wheels, four legs…it just makes sense. As human beings, it’s in our nature to eat, tweet, and meet food trucks and their food wherever they roam, so why shouldn’t we want the same for man’s best friend? Chef Michael’s of Purina and his team of dog foodies feel that it’s just not right. “Why shouldn’t dogs have food trucks too?” says Brand Manager Joe Chatman.

That’s why they started the Chef Michael’s Food Truck For Dogs. So far, the trucks parked up at the SoWa Open Market in Boston’s South End and stopped by Harvard Square to give canines a canine delight.

Serving their new line of chow dubbed Carvery Creations, Purina has taken gourmet dog food to the next level. “Carvery Creations celebrates everything you and your dog love about real meat: the cut, quality, cooking method and special touches,” says the company’s latest press release. Their three succulent flavors will have your dog’s mouth watering…or is that just the summer heat? Beef Short Rib, Stewed Chicken, and Braised Brisket are on tap at the Chef Michael’s truck. Just remember, it’s dog food. Maybe if your beg your four-legged friend enough, he’ll let you give it a taste. We won’t tell.

Do your dog a favor and tell Chef Michael’s where you want the truck to stop next by tweeting @thefoodfordogs or writing on the Facebook page. Later this month, you and your pup can even sign a PAW-tition for food truck equality. Asian fusion dog food tacos may not be too far in the future! 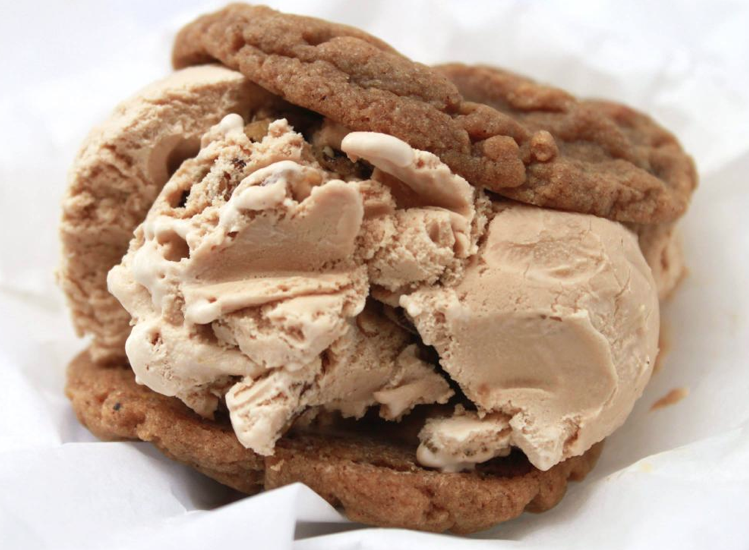 Trucks across the nation are fully embracing fall and all of the warm and inviting flavors that accompany the season....