If you’re a soccer fan, you won’t need us to tell you that this month is a very special month indeed, as it marks the start of the biggest and most important soccer tournament in the world, The World Cup. It brings together national soccer teams from all corners of the earth, all of whom have one goal in mind: to win the tournament and lift the coveted cup. With June being World Cup month, a number of food trucks will be embracing this tournament by offering a variety of delicious street foods inspired by countries that are participating in the tournament. Here are 6 that you simply must check out.

Brasil Kiss, Brazilian coffee, LA – Brazil is the home country in this year’s World Cup. It just so happens that they are also one of the largest coffee producers, responsible for a whopping one-third of all coffee production in the world. Brasil Kiss is a mobile coffee bar that was established in 2012 by Luciano dos Santos, a Sao Paulo Native, that seeks to blend Los Angeles style with Brazilian Soul. They offer a vast array of coffees, teas, fruit drinks and a few authentic Brazilian street snacks including an ‘I Heart LA’ latte that consists of three shots of espresso and steamed milk. Their signature drink is the ‘Brasil Kiss Latte’, made of a double shot of espresso with steamed milk and a shot of Madagascar vanilla bean sugar cane syrup. If you love artisan coffee and you’re in Los Angeles, then Brazil Kiss is certainly the truck for you!

Little Red Riding Truck, German cuisine, San Francisco – Germany is famed for its delicious and extremely unique cuisine that is unlike any other food on the planet. The Little Red Riding truck was started by Viktoria, a chef from Germany who comes from a long line of restaurant owners. Based in San Francisco, Viktoria initially fell in love with the city while vacationing. So much so, in fact, that she decided to start her very own German-style food truck. All of the food produced on the truck is entirely homemade, using the highest-quality ingredients.  This truck offers a number of authentic German dishes, including bratwurst pork sausage served with bacon fried potatoes and sauerkraut, as well as schnitzel pork tenderloin served with fries and slaw. Their signature item is Currywurst, a tender bratwurst sliced and topped with tomato-based curry sauce, served with fries. Though Germany is stereotypically known for its sausage, bread, and beer, the Little Red Riding Truck also offers a variety of gourmet vegetarian dishes.

Mexicue, Mexican cuisine, NYC – Mexicue started off as a brick and mortar restaurant that then expanded into the mobile catering business in New York City. They offer a non-traditional Mexican cuisine fused with classic American BBQ flavors. Some of items featured on their menu include green chili queso nachos, southern pulled pork sliders, and a rice n’ greens bowl. Their Smokey Carnitas plate is one of their signature dishes—the perfect blend of hickory-smoked pork shoulder marinated in a chili garlic rub, served over rice & black beans, then topped off with a creamy chipotle dressing and pickled tomatillos. In addition to these items, they also serve a variety of bowls, salads, burritos, tacos, and homemade sides. If you’re looking for something sweet to compliment your meal, check out their chocolate banana pudding. BOMB!

Wafels and Dinges, Belgium cuisine, NYC – If you’re looking for something sweet after chowing down on Mexicue’s Smokey Carnitas plate, Wafels and Dinges is a must-visit while in NYC. Of course, they use waffles as the primary vehicle of deliciousness, but you can’t forget about their variety of toppings that truly push each of their dishes over the edge. You can smother your waffle in their authentic Belgian chocolate, whipped cream, ice cream, strawberries, or maple syrup, just to name a few. If you do not have a particularly sweet tooth, don’t fret – they also offer savory items as well: a bacon and syrup bowl, a pulled-pork bowl, and a chili con carne on top of a corn wafel, sour cream, and cilantro.

Piaggio Chimichurri Truck, Argentine cuisine, LA/OC – Piaggio on Wheels began serving up authentic Argentinian food in 2009, and has built up quite the following since. Their signature dish is the empanada, which comes in the form of bread or a pastry wrapped around meat, cheese, or vegetables. After moving, Piaggio was inspired by the Mexicali food culture that has taken over much of Southern California. This inspiration lead to an Argentinian-MexiCali fusion of items: tacos with chimichurri, caprese empanadas, and skirt steak quesadillas. If you’re ever looking to switch up your favorite Mexican food spot, be sure to check out the Piaggio Chimichurri Truck for a truly unique fusion of flavors. Takorean, Korean cuisine, D.C – The Takorean Truck is a remodeled 1985 Ford Step-Van, which served its first meal in D.C. in 2010. Takorean gets its name from authentic Korean flavors that are served in Mexican-Style tacos. Their menu consists of 3 signature flavors: tangy chicken marinated in sweet chili, ginger, and soy sauce; caramelized tofu marinated in hoisin; and bulogi steak marinated in a tangy soy sauce, all of which is topped with mild or spicy fresh slaw. All items recommended to be served as tacos, but Takorean also offers their dishes in a bowl, for those afraid to get a little food on their fingers. Their menu may be limited, but they use the freshest and finest ingredients, and every taco is sure to pack a bite!

So if you’re not able to get out to Brazil to experience the World Cup for yourself, at least swing by one of these internationally-inspired trucks for a taste of what your might be missing. Not sure where they are located? Track them on your Roaming Hunger city page. 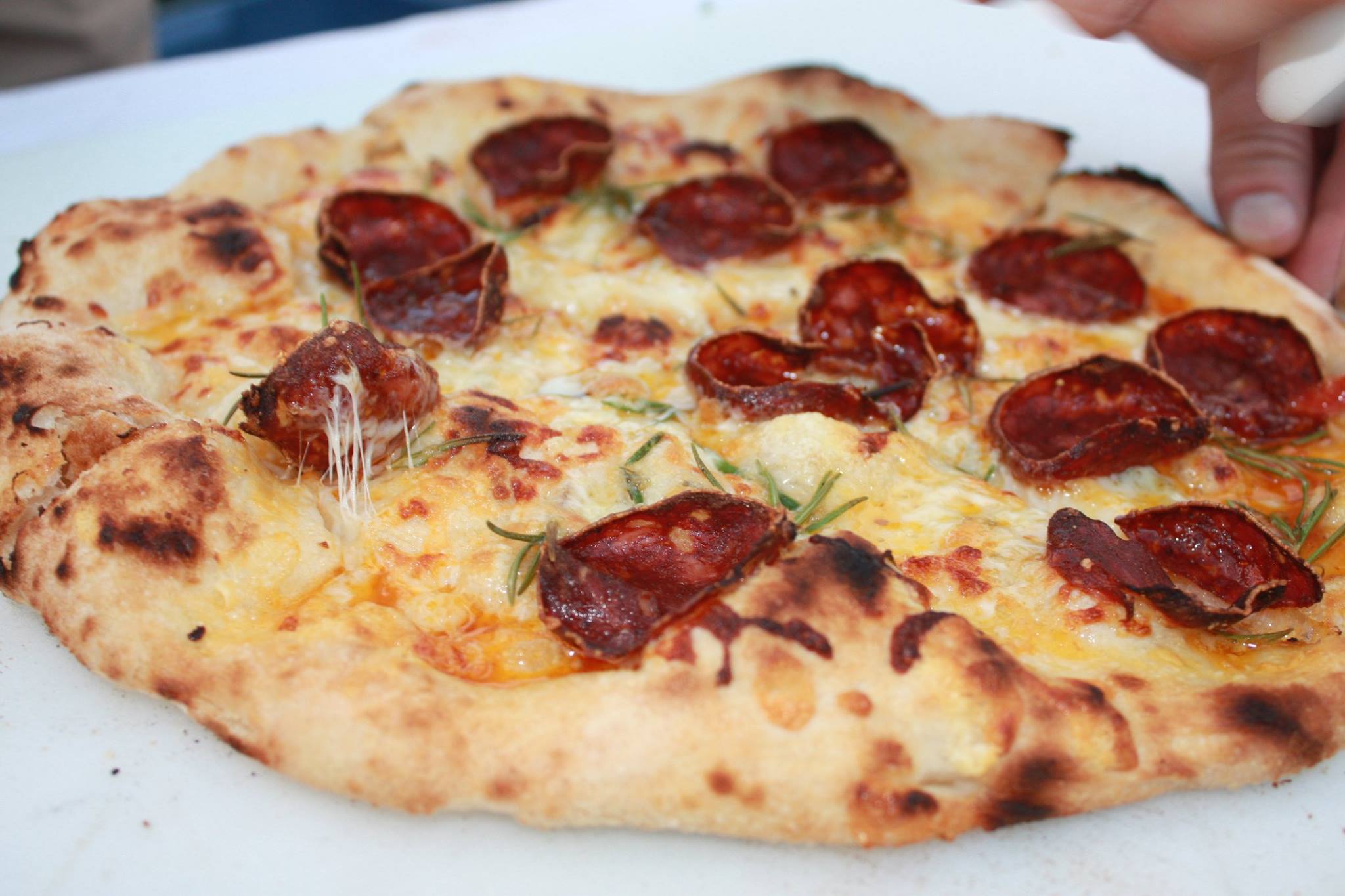 LA get out and enjoy a night filled with great food, drinks and amazing pieces of art while providing support... 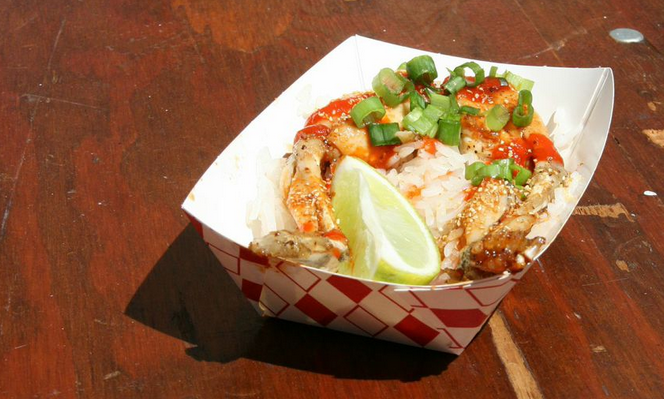