For the French Toast Sticks:

For the Cinnamon Streusel:

2. Cut bread slices into thirds (3 sticks) then set aside.

3.  In a large shallow dish, whisk together eggs, milk, vanilla, and cinnamon.

5.Place in the oven to bake for 9 minutes.

6. While the sticks are in the oven make the cinnamon streusel. In a medium bowl, combine flour, brown sugar, cinnamon, and butter. Mix together with your hands or a fork, until you have a crumbly mixture.

7. Remove French Toast Sticks after the 9 minutes. Flip the sticks over and sprinkle the cinnamon streusel over the sticks. Place the pan back in the oven and bake for another 9-10 minutes, or until sticks are golden and streusel is set.

8.Remove the sticks from the oven and serve warm, with syrup, if desired. Who are we kidding, of course it will be desired!

1.In a large mixing bowl, whisk together the flour, cornstarch, baking soda, salt, cinnamon, sugar and brown sugar then set it aside.

3.Plug in waffle iron to heat up.

4.Mix wet and dry ingredients together. Stir until combined but don’t overmix.

5.Depending on the size of your waffle maker, put about ⅓-1/2 c. batter into each waffle mold and cook according to waffle maker instructions.

8.Mix together egg, milk, cinnamon, vanilla, pinch of salt in a shallow dish.

9.Preheat a pan over medium-high heat on the stove and melt a little butter in it.

10.Dunk a few strips into the mixture, pick up and drain excess liquid and put onto hot pan.

11.Once the first side is starting to brown and has no more wet mixture, flip and cook other side.

12.Cook each strip until they are golden brown and starting to crisp.

13.Put a little bit of butter in the ban between cooking batches and repeat until all the waffle strips are done.

14.Serve with powdered sugar and syrup (or topping of choice) and enjoy!

1.Combine the syrup and coffee in a small sauce pan & place over medium-high heat.

2.Gently cook the syrup until the mixture comes to a low boil.

3.Reduce the heat to low and simmer five minutes, remove from the heat and set aside.

4. Slice the croissants into 2 to 3 long strips.

7. Melt 2 tbsp of the brown sugar/butter mixture in a large non-stick skillet over medium-high heat.

8.Dip croissant sticks a few at a time into egg mixture to coat. Add 4-6 sticks to the skillet.

9.Cook until bottoms are brown, 2 to 3 minutes, turn and repeat until all sides have been caramelized adding more of the brown/sugar butter after every other flip (about 3 times).

11. Serve hot with berries and the coffee maple syrup on the side for dipping. 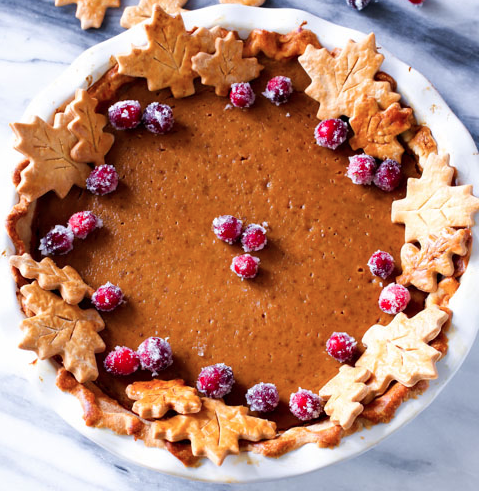 A Complete Guide to Baking A Perfect Pumpkin Pie

The holidays are upon us, which means there will be many family gatherings happening. Unfortunately, when the family is around,... 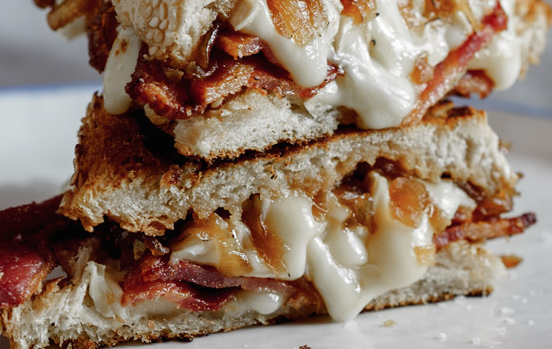 Bacon & Brie: A Match Made in Heaven

April is National Grilled Cheese Month, so it's only right that we provide you with a recipe that combines "The... 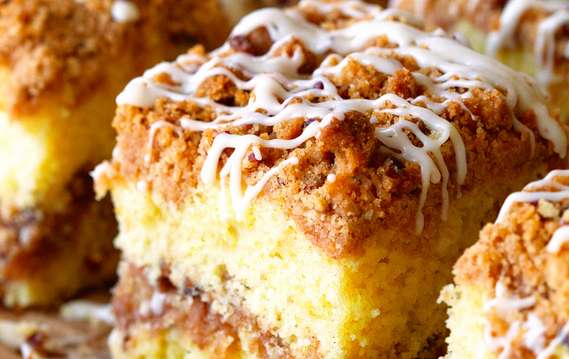 It's sweet, rich, crumbly, cinnamon-y and best when eaten for every single meal of the day, especially on National Coffee...