It was a rainy and dreary Wednesday morning until I came across a bright green beacon of optimism, The Corner Farmacy, parked at the intersection of LaSalle and Adams.

Laura Freehan, a co-owner of The Corner Farmacy, cheerfully introduced herself and asked if I wanted to get on board. My response? Most definitely! I immediately jumped in the back of the truck and felt a sweltering blaze of heat from the busy kitchen. Laura and co-owner Emily Darland squished in behind me while colleague Lindsay rapidly filled orders. The more we conversed, the more an abundance of freshly prepped food appeared in front of my face. Given the truck’s popularity, this star treatment was a real surprise.

Chicagoans have gone crazy for The Corner Farmacy, hence its consistently growing following since its opening in September of last year. When asked what the most memorable moment of the truck’s first service on the road back in September was, Darland’s response was that their tip jar was stolen. “That’s one of the things that stand out. People were throwing tens in there. It was really the most tips we’d ever made.”

Chicago’s first cold-pressed juice truck is a standout because The Corner Farmacy aims to unite the community by arming it with the freshest local resources. Darland collaborates with local producers, artisans, and small businesses to bring the freshest ingredients to the plate while supporting the local economy. “We are bigger believers in the locals and the organics. We work with a lot of farmers who are transitioning. It is their passion, their excitement and their knowledge that inspires us.”

Emily Darland immerses herself in producing cold-pressed raw juice in small batches using a Norwalk Hydraulic Press. Various combinations of rotating green blends, citrus/melon blends, and nut milks are available in custom one day, three day, and five day packages. Every morning the juice is the first thing that sells out. When I arrived at 12:45pm, Emily told me that she had to save me some just so I could try it. As I gulped down the fresh juice, Emily explains, “You really can’t beat this juicer. It gives a pristine texture.” It definitely does. The “Nilk,” as they call their nut milk, is the smoothest juice my palate has ever tasted.

Another sandwich that was to die for was “The Goat,” a breakfast panini that is both sweet and savory, comprised of homemade peach rosemary preserves as well as cage-free egg, bacon, goat cheese, and arugula.

The Corner Farmacy serves farm fresh food for breakfast, lunch, and dinner from a seasonal menu that offers fresh cheeses, grains, fruits, and vegetables directly from local farms. “After buying from these local farms and comparing the quality to that stuff you get in a supermarket, it puts such a perspective on how far the food is from its origin,” said Darland. The Corner Farmacy respects food so much that the business donates unsold food to neighborhood families in need. “If we have extras I can’t bear to throw anything away,” said Darland.

Because of the truck’s success, it’s hard to believe a woman with zero food truck experience started The Corner Farmacy. Darland recalls, “Originally, we had no clue how it was going to turn out. We went to Clark and Monroe, got up at three in the morning ready to go, and it was a success.” Previously, Emily Darland worked for a branding company designing logos for clients. Now she designs everything from The Corner Farmacy’s logo to the juice labels for her bottles.

The truck is no longer a hidden secret, as Emily was recently contacted to be filmed for Chicago’s Best in early July. The Corner Farmacy has a long way to go before they purchase a juicer that holds 25 gallons or more. In the meantime, they’ll continue making ounces of juice for the masses that keep on coming back. 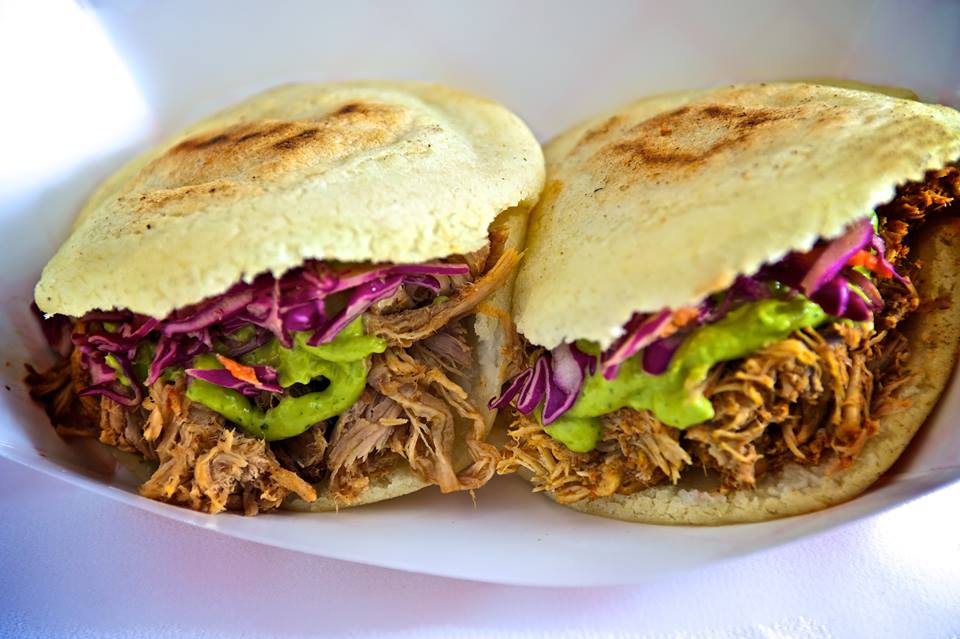 It was a Saturday afternoon at Melas Park in Mount Prospect, IL and the weather was holding up as La...