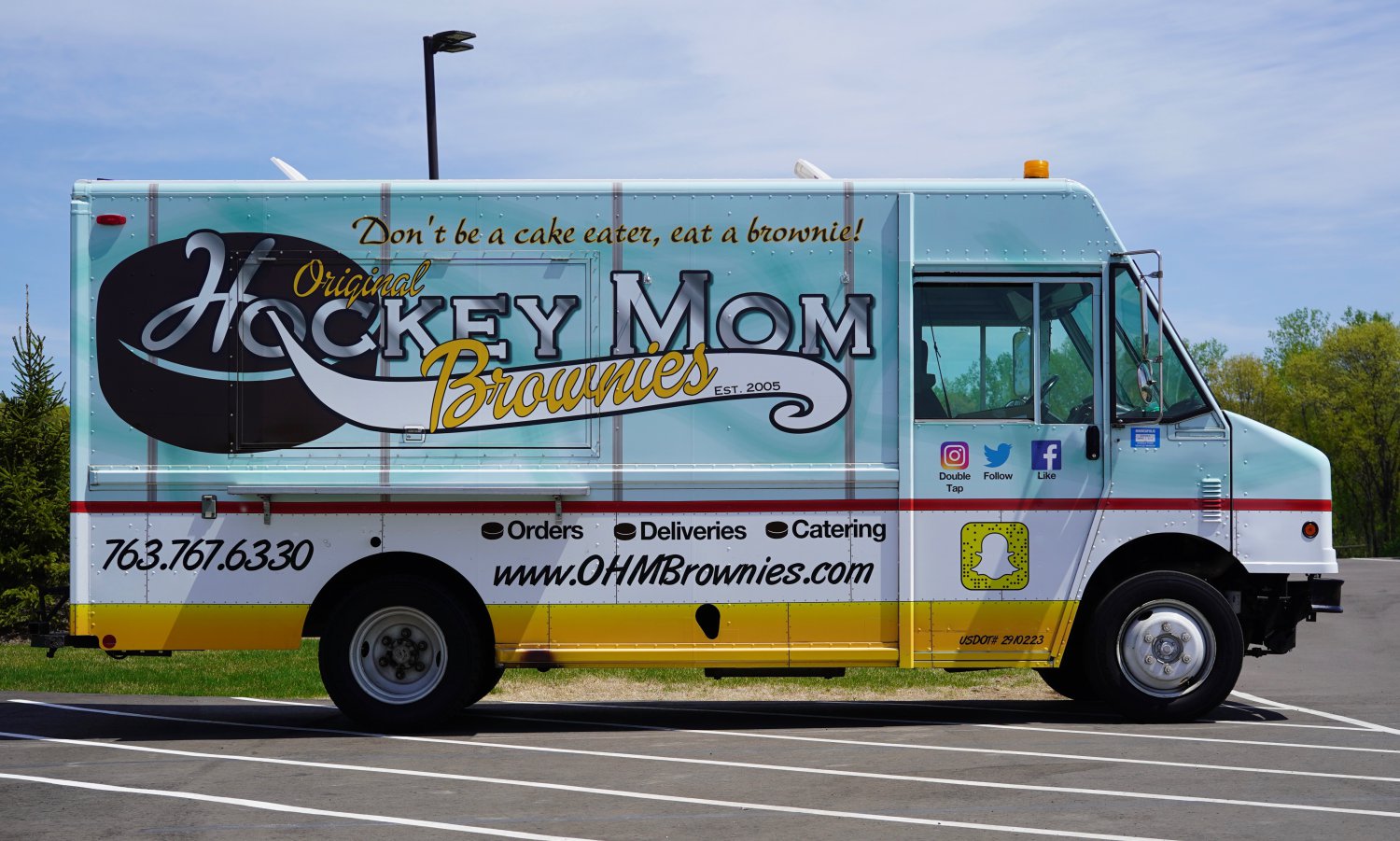 A classic chocolate brownie with a layer of toasted marshmallow, chocolate drizzle, and graham cracker crumbs

When Patti Howard began Original Hockey Mom Brownies in 2002, it’s because she was exactly that — a hockey mom. While managing her son’s hockey team, she began making brownies for the team, and pretty soon there was no looking back. Cut to a decade later, and you’ll find the Original Hockey Mom Brownies truck roaming Minneapolis and the rest of the Twin Cities, and baking their way into people’s hearts. Classic brownies you love are always on offer, like plain chocolate and s’mores, but don’t be afraid to lean into the Hockey Mom specialties, like caramel espresso, buttercream swirl, and chocolate mint. Whatever chocolate-based decadence you’re craving, bring Hockey Mom to the dessert table and hire them to cater your next event.