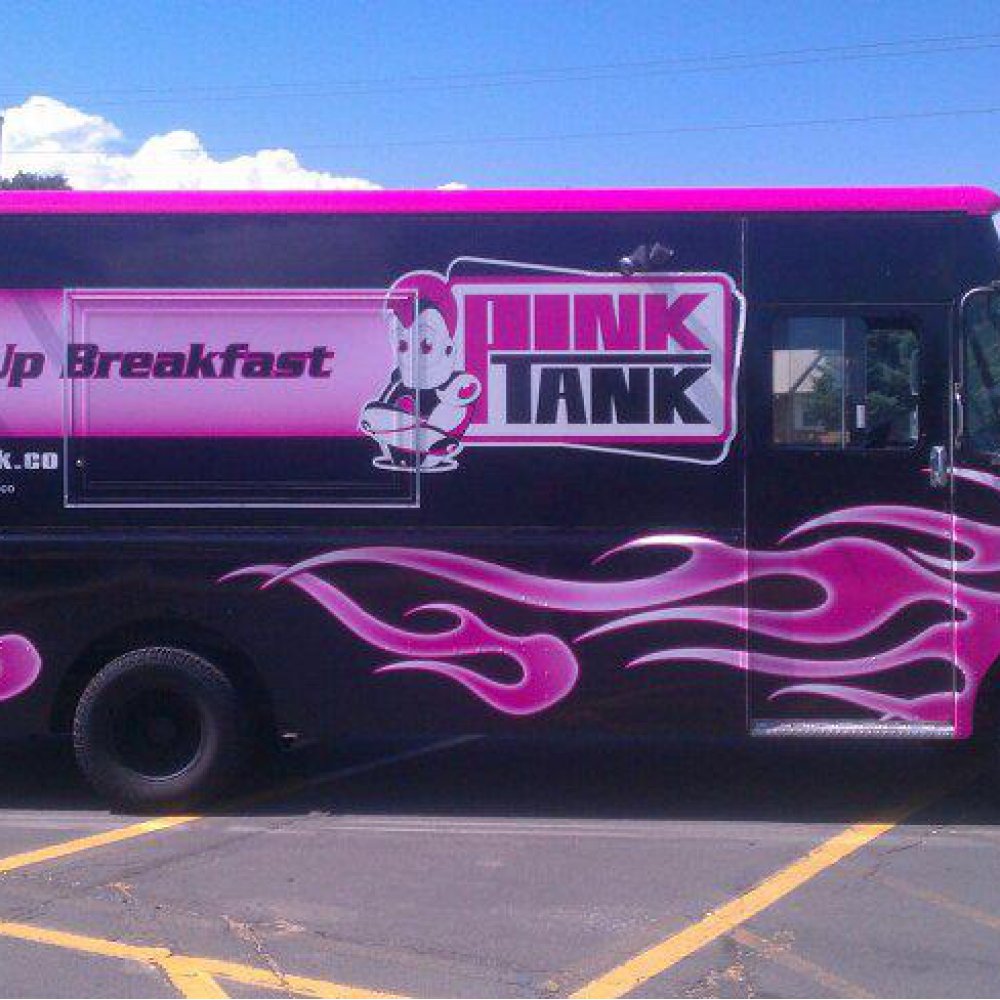 Pink Tank is a truck with a nasty habit. Seems like it just can't stop winning awards. From local publications awarding them Best Food Truck multiple years running, to national attention, to even getting its own features on The Food Network, it's a truck that's made Denver more than just its home. It's helped make Denver a dining destination. Breakfast, lunch and dinner are all covered by PinkTank's skill set, and handily re-invented in flurries of comfortable innovation. Finger Lickin' Waffles and Chicken get kicked up a notch with hot sauce and bacon bits, while the cheesesteak gets filled out with burger meat, ham, nacho cheddar and hot sauce. Whatever you're ordering, just expect to get more than you're expecting every time. It's a good philosophy to have. An award-winning philosophy, actually. MUST TRY * The Good Stuffed; a simple burger. Simply topped with crispy, thick-cut bacon, and a zesty lemon cream cheese. Oh and stuffed between homemade French toast. Then simply dusted with powdered sugar. See, simple. * The Dog About Town; a ¼ lb all-beef hot dog, married to a whole green chili before joining grilled onions & peppers, crispy thick-cut bacon, and broiled cheddar cheese. Oh and peanut butter.