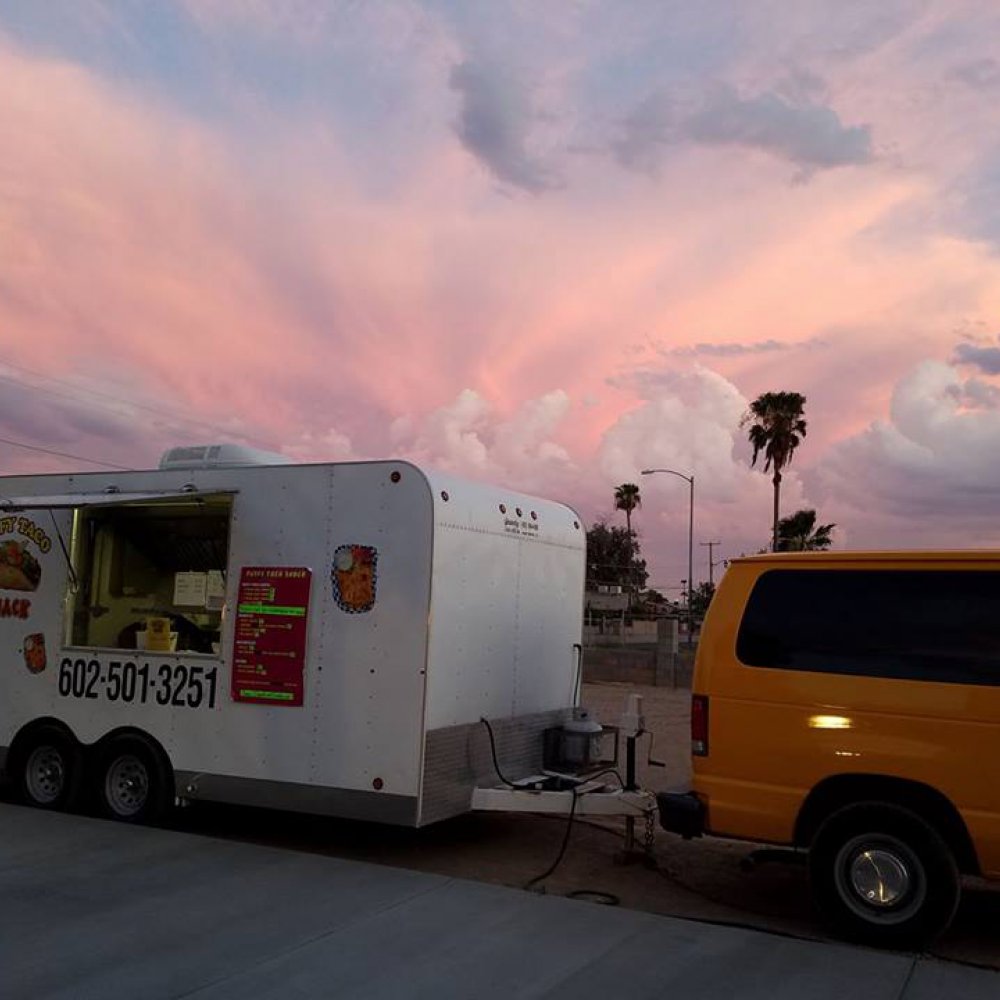 Puffy, soft, & crispy shell. Filled With choice of shredded beef or chicken. Topped with cheese, lettuce, & tomatoes. Fresh homemade salsa on the side.

Slow cooked wonderfully seasoned beef or chicken wrapped up in a fresh tortilla with cheese and homemade refried beans. Salsa on the side

Puffy Taco Shack is a taco truck like none other. That's because they're serving up the good folks of Surprise a surprisingly unique and tasty take on your regular old taco: the puffy taco. What's that? You've never had a puffy taco? Well, you're in for a treat. Made up of a special kind of masa dough that inflates when you heat it, Puffy Taco Shack is filling those cloud like tortillas with a myriad of meats, veggies, and spices to tantalize your tastebuds. And they've got all your favorites, too, including classics like asada and pollo to the sweetly savory al pastor. But that's not all. Puffy Taco Shack is also bringing a host of other delightful south of the border eats, including quesadillas and burritos. But really, we'd go for those signature puffy tacos. So why wait? Find Puffy Taco Shack in Surprise, Phoenix and beyond, or puff up your next event by havin' em bring their stuff to it. Trust us. It's well worth it. MUST TRY