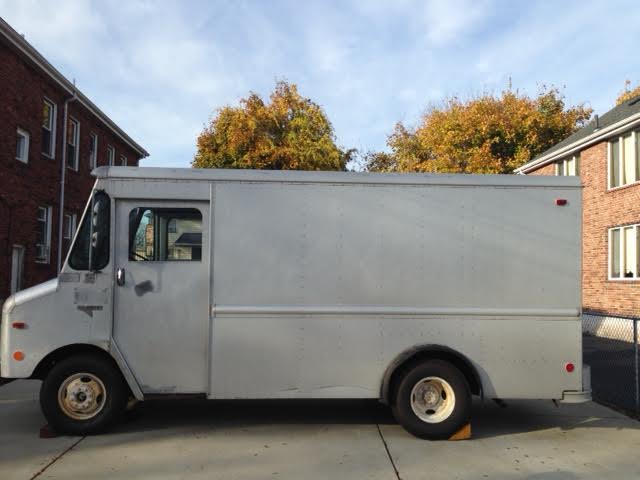 I am Smokin' Willie. The new Smokin' Willie's Gourmet BBQ Truck has just come out to bring you "BBQ Sauce so good it's unethical" It all began with Mom in 1967. We lived in Lake View Terrace, California, a suburb of Los Angeles. It was early on a Saturday morning (we do not remember the exact date) that an old pick-up truck with a homemade fifty-five gallon barrel BBQ on a trailer pulled up across the street for a family reunion. They started the BBQ on the driveway, and a couple of hours later the smell of this amazing BBQ was blowing in the direction of our house and driving us all crazy. My Mom invited herself to the family reunion and came back raving about the BBQ and the sauce that they used. Mom tried to get the recipe for the BBQ Sauce but was not able to finagle the recipe out of them. Finally, after what seemed like years of intense begging and maybe some threats, desperate people do crazy things, Mom got a list of some of the ingredients on a paper napkin. She practically ran home to make the first batch of sauce and was very disappointed. The sauce turned out bland and was definitely not the sauce she had tasted before. Mom was on a quest to make this sauce work so she started doing research on BBQ Sauce recipes from different parts of the country-- adding this, taking away that, more of this and less of that. Mom made many batches of BBQ sauce, each improving over the previous batch. In 1969 when we landed a man on the moon, we had a neighborhood BBQ and Mom’s sauce was a hit. Smokin’ Willie’s BBQ Sauce was established. Mom started canning the sauce in mason jars and the demand grew. In the early 1990’s she was making sauce and selling it to help sponsor my brother Brian’s race car. Mom has been a stock car race fan for as long as I can remember, and she is Brian’s #1 fan to this day. I worked for Warner Bros. Records and had the best job in the world! As the music industry became more corporate, money became more important than the quality of the music and I started looking into other endeavors for the future. The demand for Mom’s sauce was increasing and I began to help her make larger batches. One day Mom said that she wished she could share “the best BBQ sauce” with more people. So in 1999 I started Wild Bill’s Foods to try and market Mom’s Sauce. After a few tries, none very successful, I shelved the BBQ Sauce idea to make a living in the banking industry, but I was missing the sauce and Mom was missing me! Bored by the financial world but having socked away some cash, on February 22, 2005, Smokin’ Willie’s was reborn. Chef Michael Acuna was brought on board and with his amazing talent turned Mom’s recipe into a manufacturing formula. When we brought Mom to the manufacturing plant for the first run, she tasted the sauce and with a tear in her eye she said “You did it, now I don’t have to cook the sauce for six hours anymore.” And with Mom’s blessing, we were off and running Bill “Smokin Willie” Kelley is the go-to guy if you want to know about grillin’. He’s been tending the coals for over 3 decades and teaches classes, privately and in groups. He also does cooking demos at Whole Foods Markets, Home Shows, and Fancy Food Shows—almost anyplace where people are enthusiastic about delicious food. A lifelong grillin’ enthusiast, Bill made his passion his profession when he started Wild Bill’s Foods in 2005. He has built a successful company on the foundation of his mom’s spectacular barbecue sauce and his own love of grillin’. His thoughts, secrets, tips and recipes are in his new signature book, Smokin’ Willie’s Guide to Great Grillin’. Bill lives in the Los Angeles area with Diana, his wife of 28 years, and their two sons, Matt & Nick, who wouldn’t miss a family barbecue for anything.