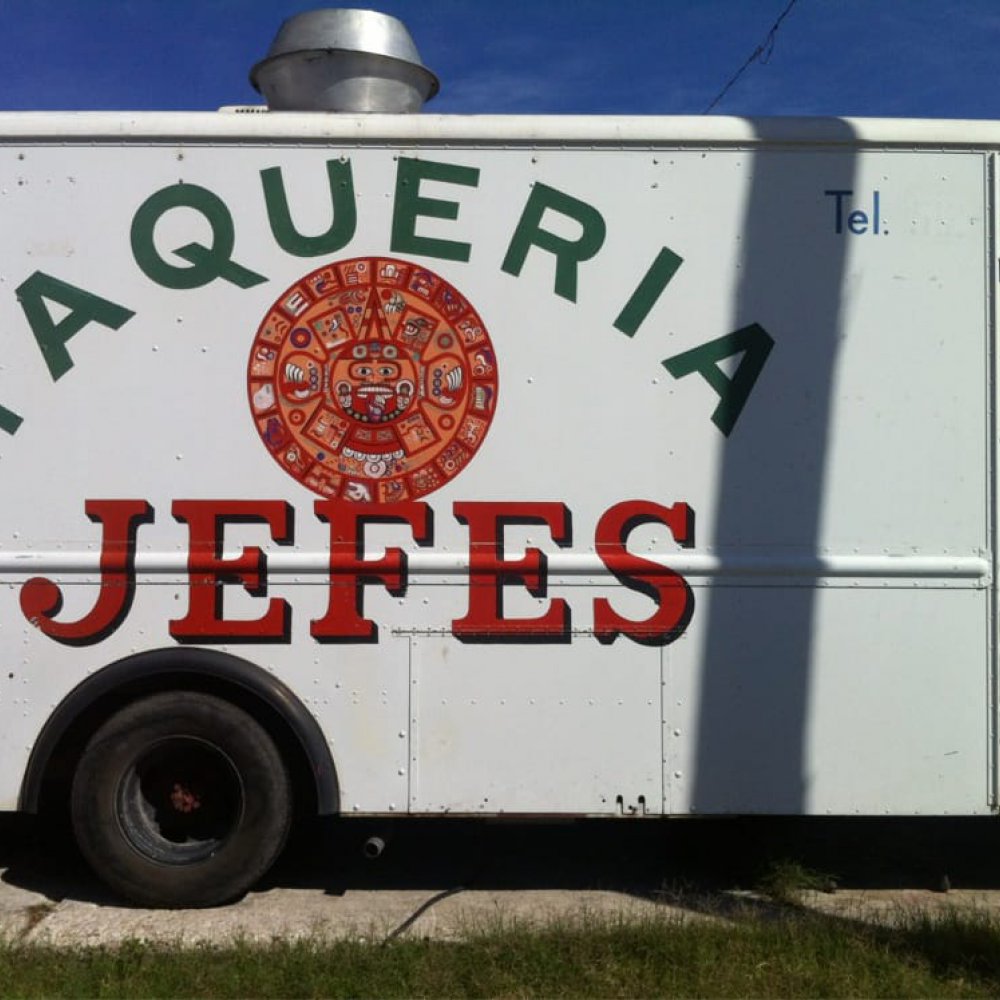 Taqueria Jefes invites you to be the boss when it comes to your hunger. While most flinch at the sound of a stomach rumbling, you're able to take control and fill it up with the bossest food around. We're talking real authentic Mexican cuisine, culled from south of the border and brought right over it to the hungriest in Houston, TX. It's hard to find food that's as delicious as it is true to form. But that's exactly the quality you're getting at Taqueria Jefes. This taco truck specializes in all the forms you'd expect, from tacos and burritos to quesadillas, corditas, sincronizadas, and tortas. Expect to find traditional meats as well, from suadero and tripas to longaniza, lengua and barbacoa, cooked fresh on a grill and made to order. So don't expect it to come out right away, but do expect that it'll taste as good as it would on the streets of Mexico. Because at Taqueria Jefes, everyone's expected to behave like a boss would, and the boss would only expect the best of 'em. And luckily, that translates to the best Mexican food you're gonna find in Texas. Guaranteed. MUST TRY