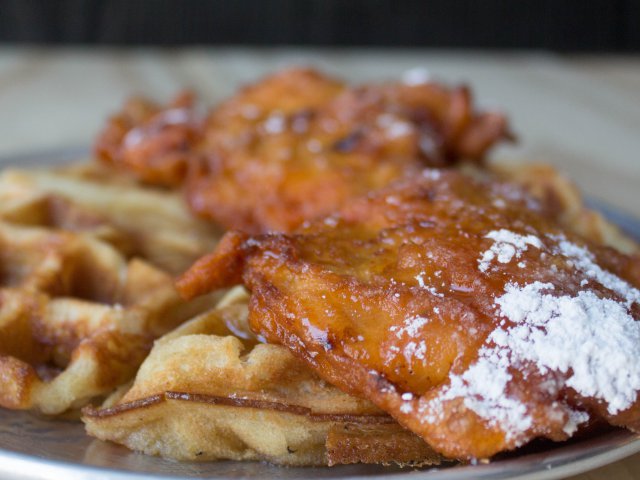 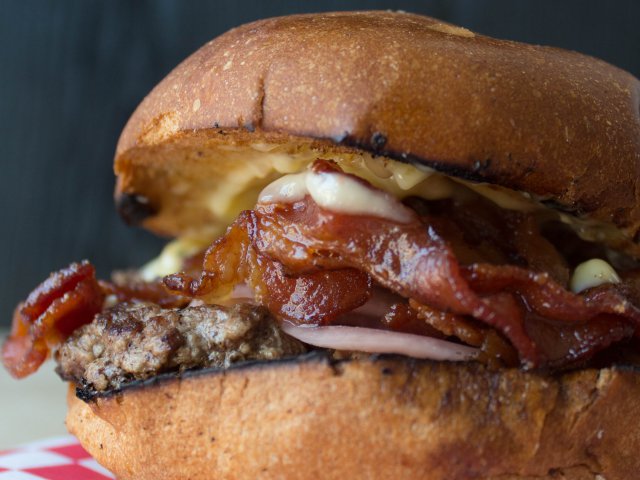 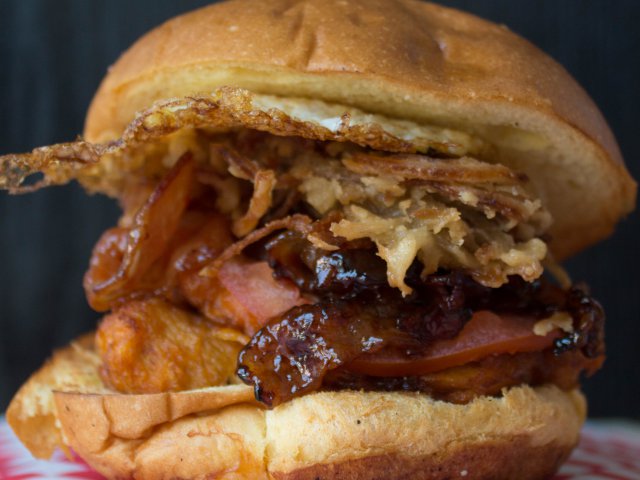 With mozzarella and greens

Buttermilk waffles and free-range chicken with a batter made from scratch. With pure maple syrup

Steak, chicken or grilled veggies with onions, cilantro and salsa

With brunoise of pear and chiffonade of basil

About The Brooklyn Pig Food Truck

Former neuroscientist(!) Chef Sherry Grimes has been busy in her second life - since climbing to the top of the heap, she's served the likes of President Obama in some of New York's finest establishments. Now she's taking her show on the road , using the same tools she's sharpened in fine-dining to bring eclectic, out-of-this-world flavors to the hungry masses, farm-to-table style.

The rare food truck that's been unafraid to make its mark on brunch, Chef Grimes has cornered the market with delectable fare like gourmet chicken and waffles, and creme anglaise-stuffed french toast. Even more central is the array of sandwiches she's crafted to perfection - the Hylton Beef Burger features black forest-rubbed bacon and roasted pear, while The Mitch slathers blue cheese over a fried chicken base, topped by onion straws and a fried egg. The west coast is on notice - Brooklyn's here, and it's bringing serious eats to every block.