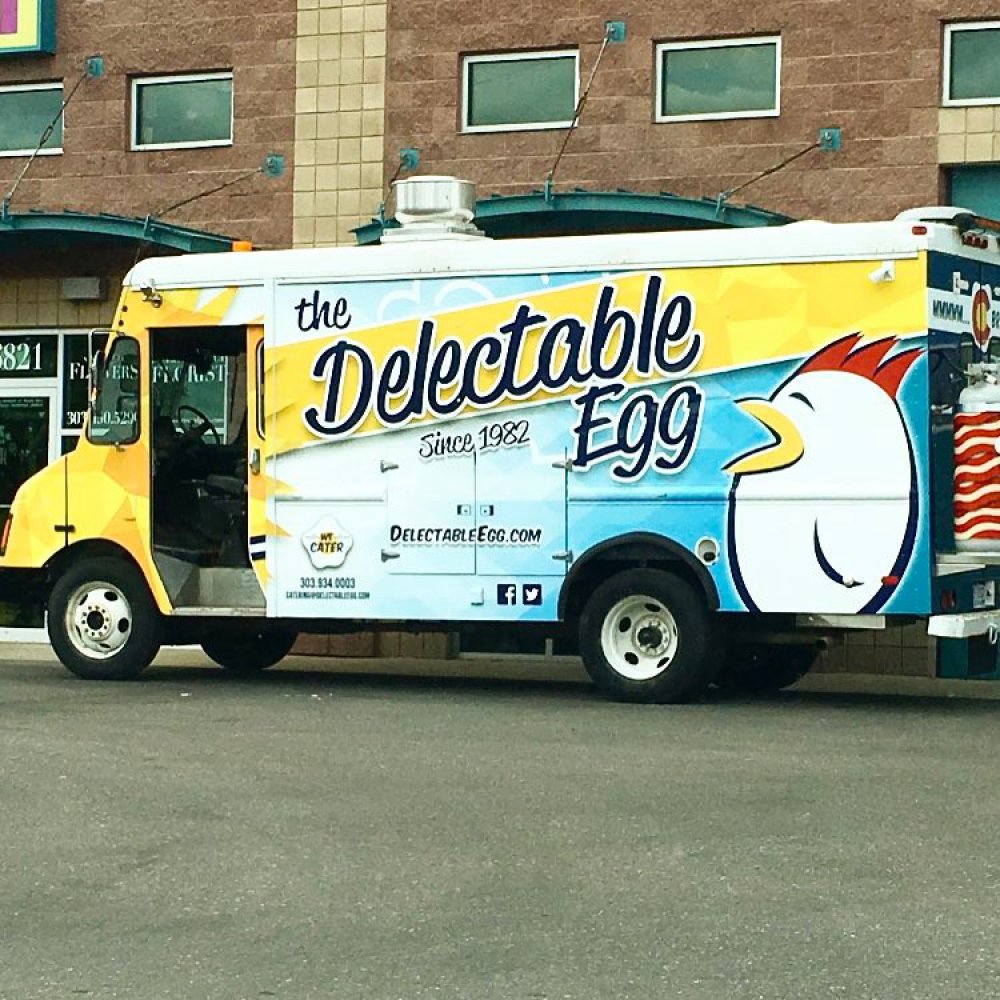 About The Delectable Egg

For the past 30 years, The Delectable Egg has been serving Denver with a bevy of breakfast and lunch meals that have foodies cluckin'. Now, they're taking that same freshly hatched goodness and serving it up from a food truck roaming in Greenwood Village and beyond. It's an eggcellent new addition to an already established restaurant chain.

The menu's chock full of eggs, so let's get crackin'. From omelettes and skillets to breakfast egg burritos and egg sandwiches, they've put all their eggs in one delicious basket. Er, food truck, we mean. But The Delectable Egg knows that there are a whole lot of other breakfast foods that are also eggstravagant without the addition of eggs, so you're getting pancakes, waffles, bacon, sausage, and french toast too. Well, french toast is also known as eggy bread, so I guess it's an egg toss up. So if you're particularly eggcited about their wide selection of eggceptional breakfast food, don't delay. Find The Delectable Egg roaming the streets of Denver today.