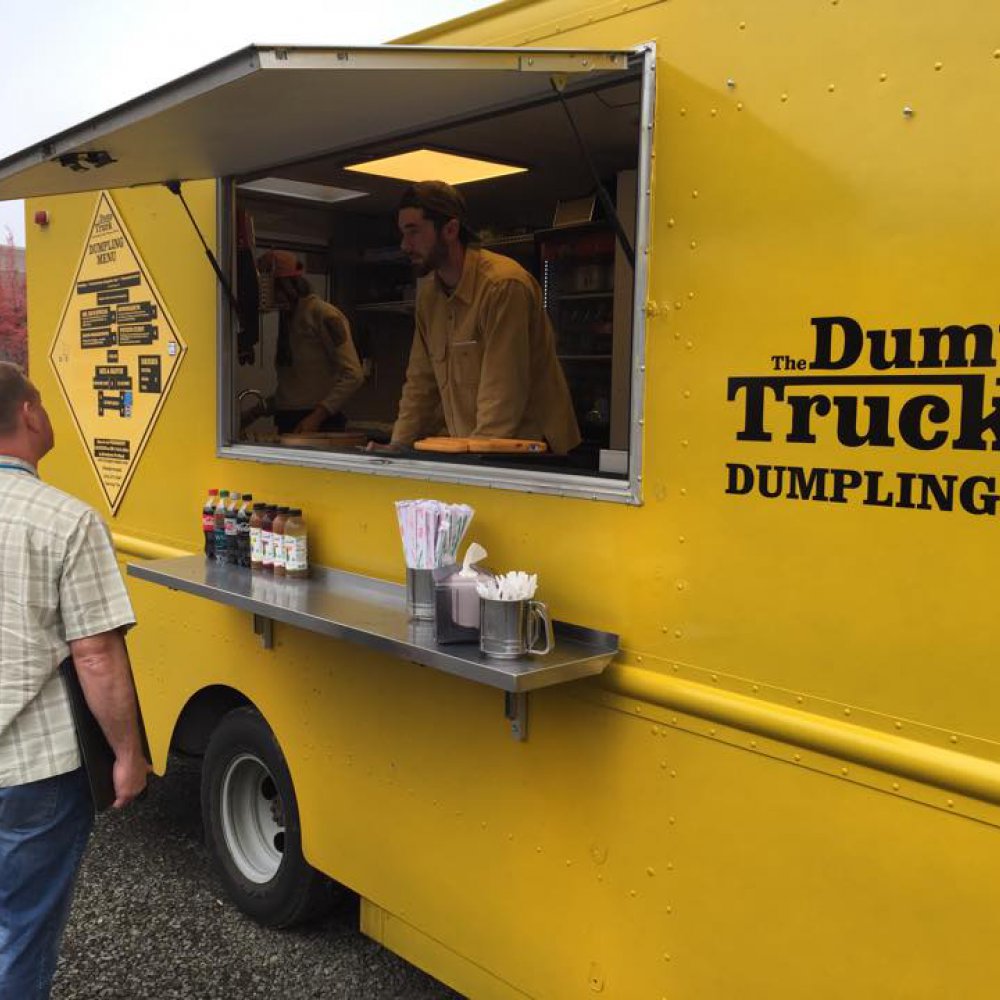 Down to Earth (V)

Everything in a bacon cheeseburger wrapped in a dumpling… seriously. Served with our house-made Secret Sauce. Sssshhhhh...

Tender seasoned pork dumplings with green onion and ginger, hand-wrapped to ensure a flavor burst in every bite. Served with a savory Soy & Vinegar Sauce, or for those looking for a spicier bite, our house-made Sweet Chili Hot Sauce.

Want a little something sweet? Dessert dumplings are a great way to top off your meal. Served with whipped cream.

Want a little something sweet? Dessert dumplings are a great way to top off your meal. Served with whipped cream.

Dump Truck Dumplings has the best dumplings in Portland, OR, bar none. Probably because they're made traditionally with sometimes untraditional ingredients, making for tasty goodies you won't find just anywhere. So don't go looking. Instead, find this food truck wherever it roams, with uniquely inspired dumplings on board. It's all coming to you from a pair of foodies who met while working in Beijing, both enamored with the street food culture, and especially with dumplings. It's there where they met a man named Ma, forging a special bond and learning from him the secret of making a perfect dumpling. The result? Dumplings that have been proudly featured on Travel Channel, Cooking Channel, and Food Network, along with a prized selection of magazines and newspapers. From Mr. Ma's special stuffed with seasoned pork, green onion and ginger to their bacon cheeseburger variety, Dump Truck Dumplings are not to be missed. Find 'em in Portland, or have 'em out to cater your next event. Trust us. They really are that good. MUST TRY Potato Curry - this Malaysian-style dumpling is decidedly vegan, stuffed with potato, yellow curry, leeks and coconut, served with coconut yogurt sauce. Can you say yum?