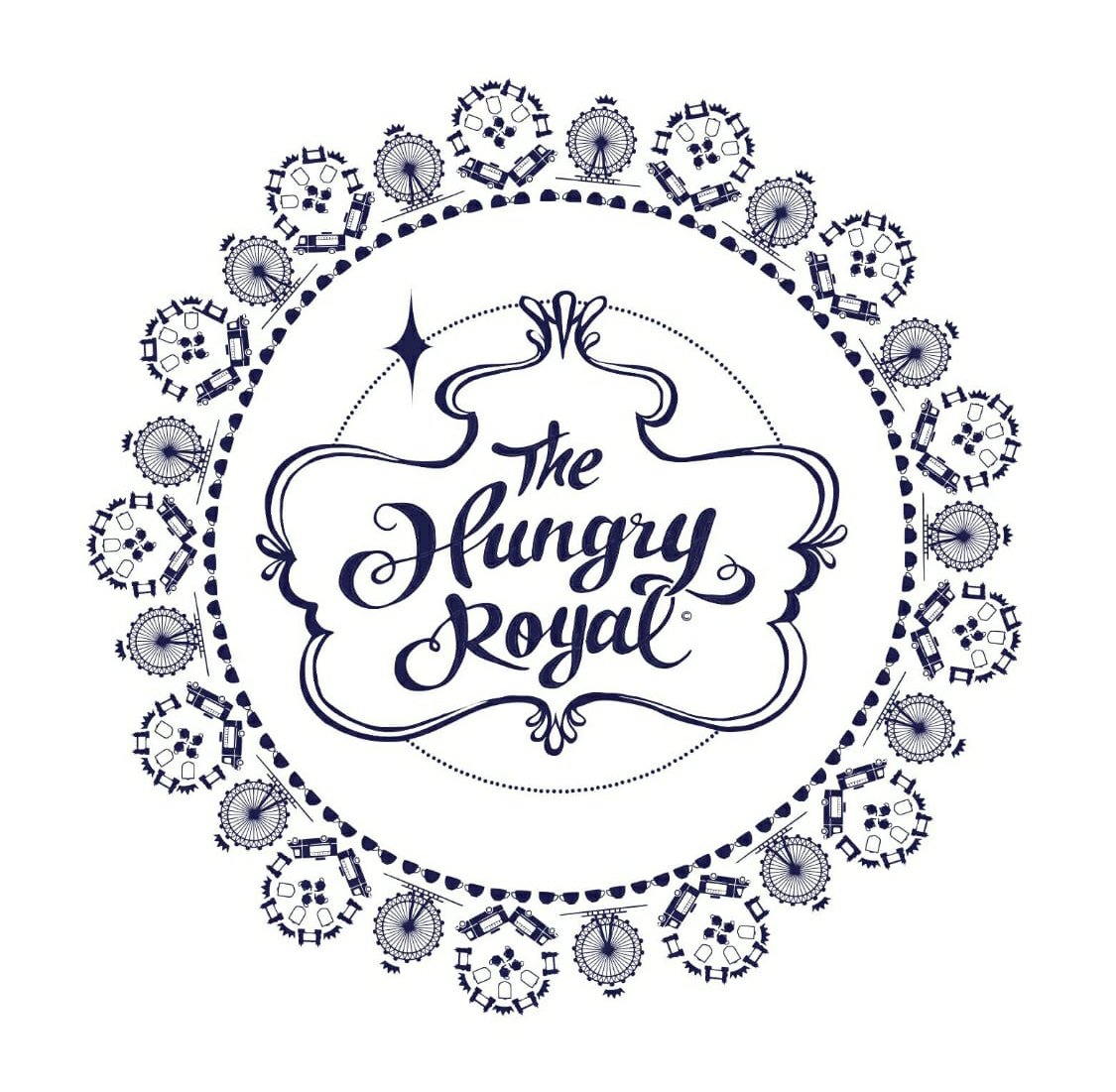 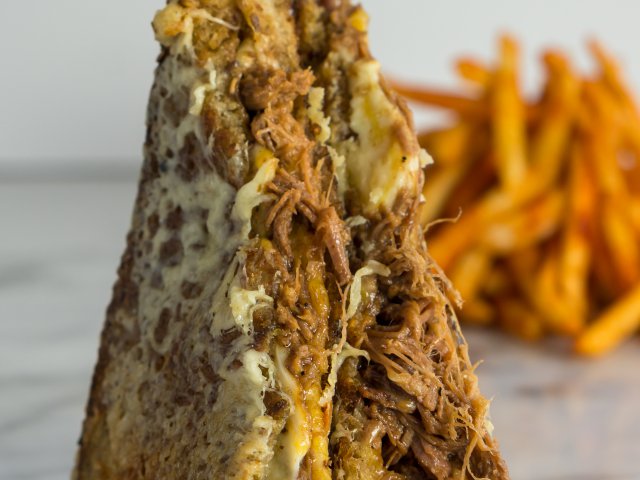 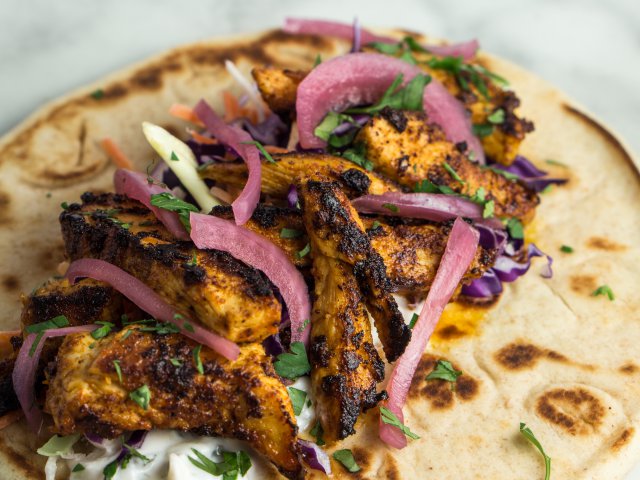 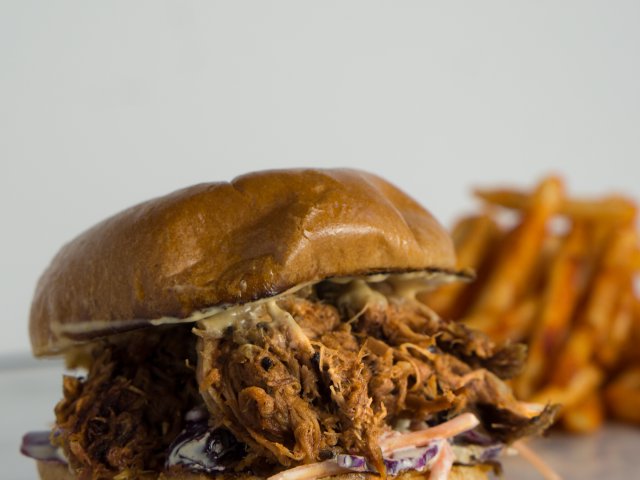 Made fresh every day, free range egg, wrapped in our house blend sausage meat, fried till golden. Served with homemade chili jam and a side salad

Eggplant with a white miso and soy glaze, topped with feta, scallions, cashews, and pomegranate molasses

About The Hungry Royal

The Hungry Royal is an unorthodox business, and we mean that in the best way. It's rare to find traditional British cuisine anywhere in Orange County. But George and "His Royal Highness" are hitting the streets in style, wheeling around the best in comfort food from England. George is a Brit with a secret he's willing to admit. After eating his body weight in classic British cuisine, he took a trip to sunny SoCal and found one thing was direly missing: the very food he stuffs himself with. George then spent months planning, building up a menu worthy of the name "His Royal Highness" to serve up his family's traditional recipes. You're getting a taste of the isles in every savory dish, from homemade Yorkshire pudding that's host to roast beef with horseradish sauce to scotch eggs wrapped in housemade sausage meat. To give your tastebuds the royal treatment, track down The Hungry Royal in the OC, and wave hello to King George for us. He and "His Royal Highness" appreciate all the recognition they can get for delivering this dignified, illustrious cuisine. MUST TRY English Scones — To satisfy your sweet tooth, George himself has prepared a dessert centered around his housemade English scones, drizzled in cream and finished with The Hungry Royal's fruit jam.