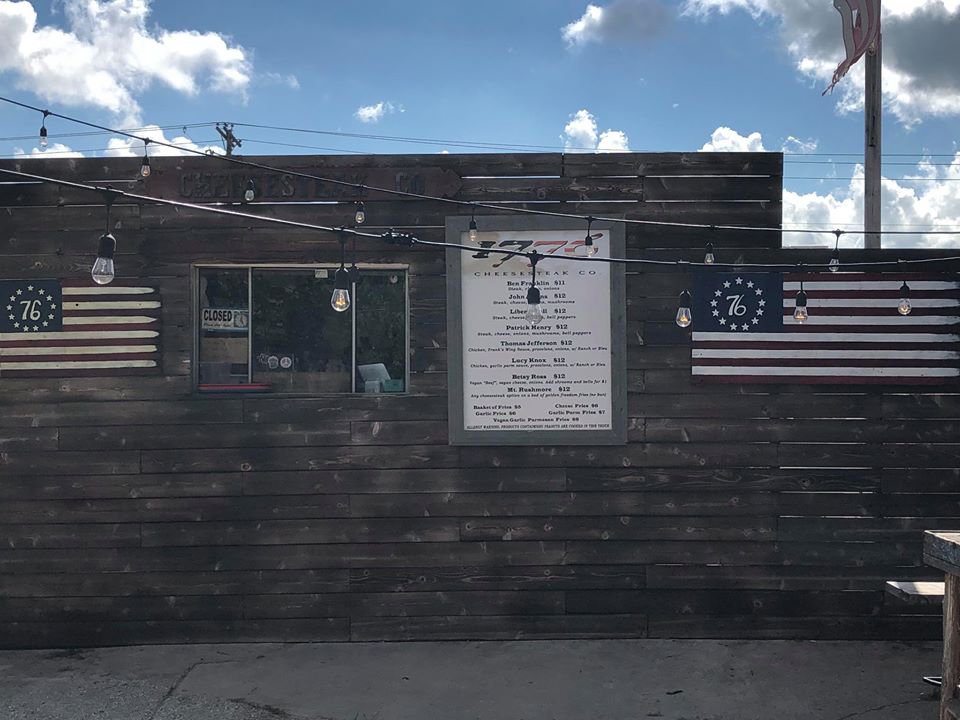 Given the Revolutionary War theme, it makes sense 1776 Cheesesteak Co. sports an all-American menu. This food trailer sticks to good old-fashioned dishes popular in the USA, rolling around Austin, TX spreading good food with a dose of patriotism. If you’re hankering for a hearty sandwich, swing on by. Each sandwich on the menu has an all-American name from the Liberty Bell to the John Adams. As for the eats, what sandwich could be more rooted in the United States than the philly cheesesteak? You’ll find that in all varieties here. Order a Ben Franklin for a traditional blend of steak, cheese, and onions on a hoagie. Or shake it up a bit with a John Adams, which adds mushrooms to the mix. In addition to cheesesteak, there are plenty of sandwiches stuffed with tantalizing meats like fried chicken. There’s even a vegan option, the Betsy Ross, stuffed with “beef,” vegan cheese, and onions. Love French fries? Go for the Mt. Rushmore for some cheesesteak toppings served over a bed of fries rather than stuffed in a hoagie. Are you drooling? Stop by this truck and enjoy the eats. Better yet? Book them for your next event. You won’t regret it. MUST TRY Thomas Jefferson - A savory mix of tasty chicken breast smothered in Frank’s hot sauce plus provolone and onions served up on a toasty hoagie bun. Yum.