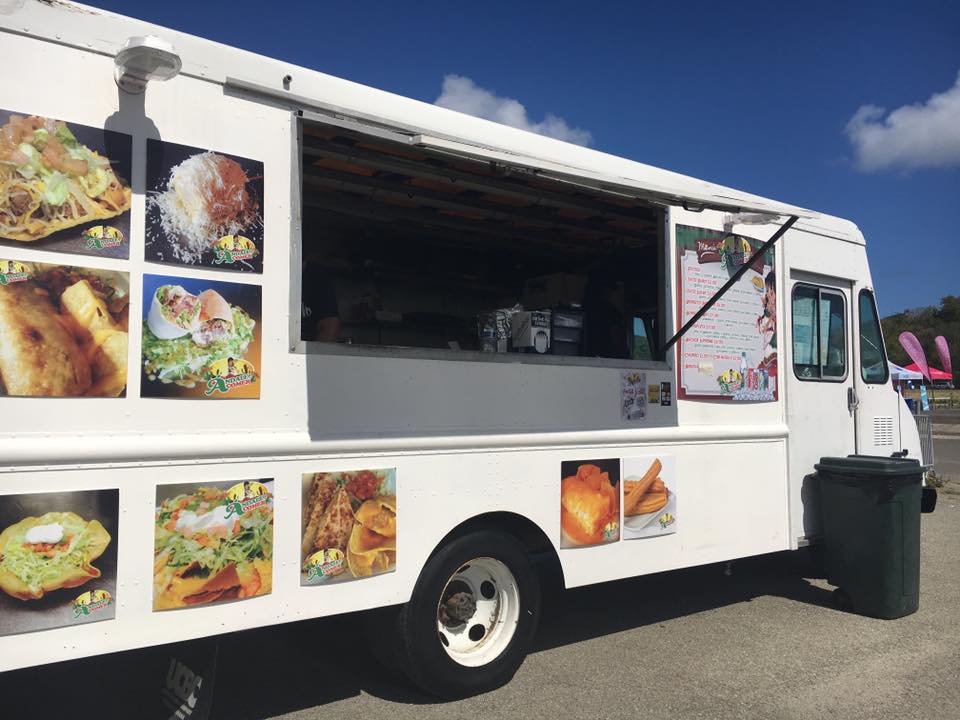 About Andale a Comer Food Truck

Andale A Comer is the spot for the island's messiest Mexican - burritos drowned in cheese. Then flooded with more cheese. Then swamped with a third kind of cheese. Then doused in salsa. Then smothered in guac. Then buried in sour creme. It's a neck and neck battle between Andale's toppings and our adjectives, to see which will retreat first, is what we're saying. And we're not overly confident in our chances. Besides the requisite wet burrito, Andale also offers wet nachos, and nachos supreme. Oh and papas supreme, if you want all the toppings over fries instead. Even the salad's covered with guac and cheese. No matter which way you choose to go on the menu, you're gonna need a bib and a stack of napkins. It's Mexican that reminds you of the first time you ever ate Mexican - loaded with so much flavor the flavor feels new again, and so much....well.....*stuff* that you're not gonna be able to dispose of it in any logical fashion. But logical food's pretty boring anyway - this is food that overwhelms thought and brings out your baser nature; your animal nature; your messiest nature. Don't disappoint - make sure to give everyone a show. This food deserves it.