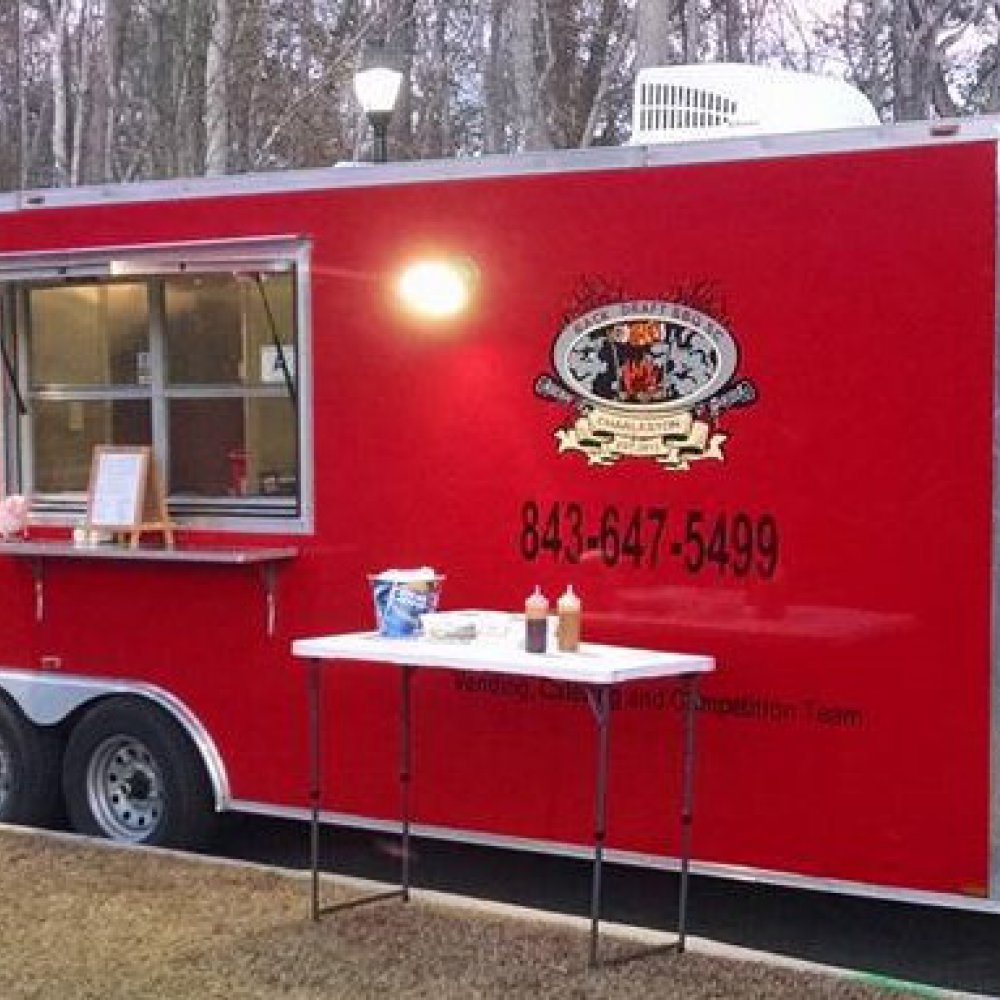 Dry rubbed and smoked over hickory and pecan

Backdraft BBQ is smoking up some primo BBQ for the good folks of Charleston. Because if there's one place in the U.S. that needs some firing up, it's South Carolina. And Backdraft BBQ is doing just that, firing up the pit to cook up some meat in traditional style: low and slow and oh so full of that smoky aroma. And sure, there's a whole lot of BBQ trucks around. But what sets Backdraft BBQ apart from the rest is their commitment to serving up the best BBQ around, despite the pitmaster being a full time firefighter. Somehow, he manages to put out fires in the day and start 'em up on the truck at night, slow smoking pulled pork, ribs, brisket and chicken over pecan wood before serving 'em up the next day. Oh, and he still has time to compete in top BBQ competitions, winning multiple awards for his quality 'q. Can you say fire starter? So kindle your own BBQ flame and find Backdraft BBQ on the streets of Ladson, Charleston and beyond. And trust the pitmaster. After all those years dealing with fire, he's firing up the best BBQ you're gonna find in the whole state of South Carolina. MUST TRY