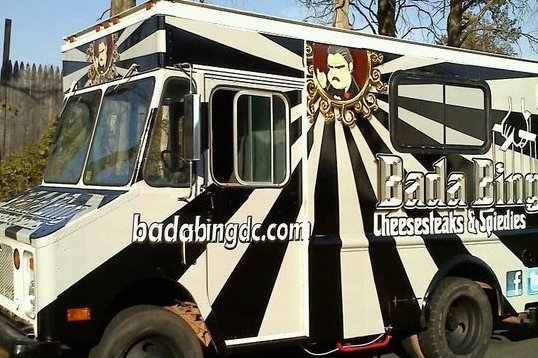 What is a Spiedie (Spee-dee)? The name “Spiedie” derives from the Italian word “Spiedini”, which refers to anything cooked on a skewer. This idea was brought to Up-State New York (Binghamton) by Italian Immigrants in the early 1900’s. Today, Spiedies are made from a variety of meats(usually pork, chicken, or lamb), and are marinated in a blend of herbs and spices and cooked over an open flame. The Spiedie became a huge hit and remains to be in most of central NY State. It became so popular that a few locals began arguing over who had the best spiedie in town. They then created an annual festival to determine who’s were #1. Today, after almost 30 years, the “Annual Spiedie Fest and Balloon Rally” in Binghamton, NY draws over 100,000 people each year. Bada Bing is beginning its journey of spreading this culinary delight all over the U.S. “Now that’s a sangweech!!!!”.