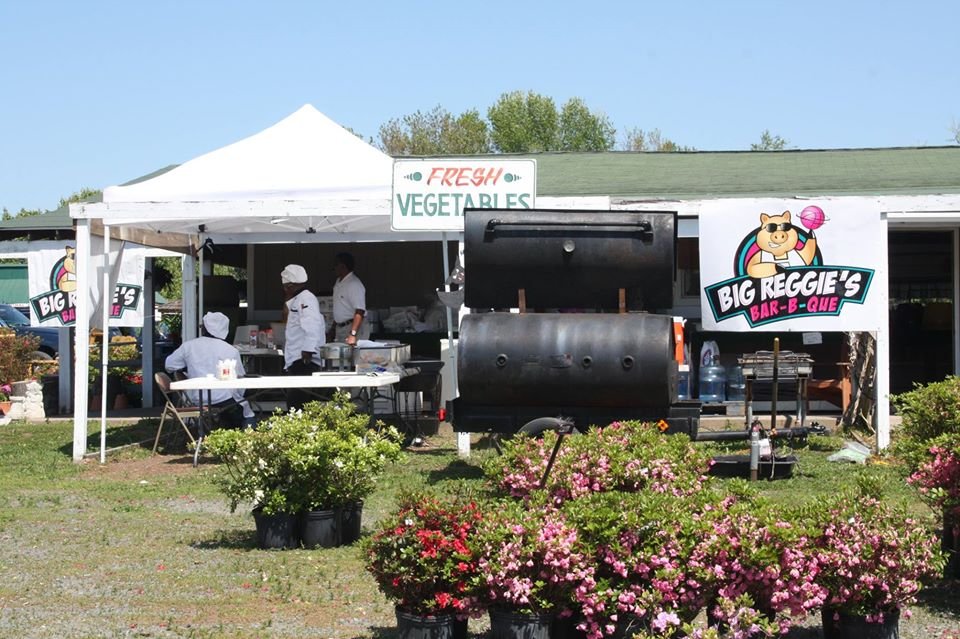 Reggie Jones grew up with his mother’s Caribbean cooking. In adulthood his culinary palate expanded further with his wife’s Southern-style cuisine. He tried many careers over the years, even playing basketball professionally, but always returned to his love of food. After his sports career ended, he studied technology and engineering, skills he found helped in the kitchen. Now, he’s combining his talents with Big Reggie’s BBQ. Washington DC residents experiencing some serious carnivorous cravings should keep their eyes peeled for this trailer. Reggie cooks up everything a meat-lover could ask for and then some. From ribs to brisket to jerk chicken to lobster, the menu ensures no one will go hungry at Big Reggie’s. Pair your protein with a gooey plate of mac ‘n cheese or some piping hot baked beans and enjoy. The best part of all? Reggie caters, so book Big Reggie’s BBQ for your next event. MUST TRY Jerk Chicken — Juicy chicken seasoned with a bold blend of jerk spices and packed with a smoky aroma and taste. Yum.