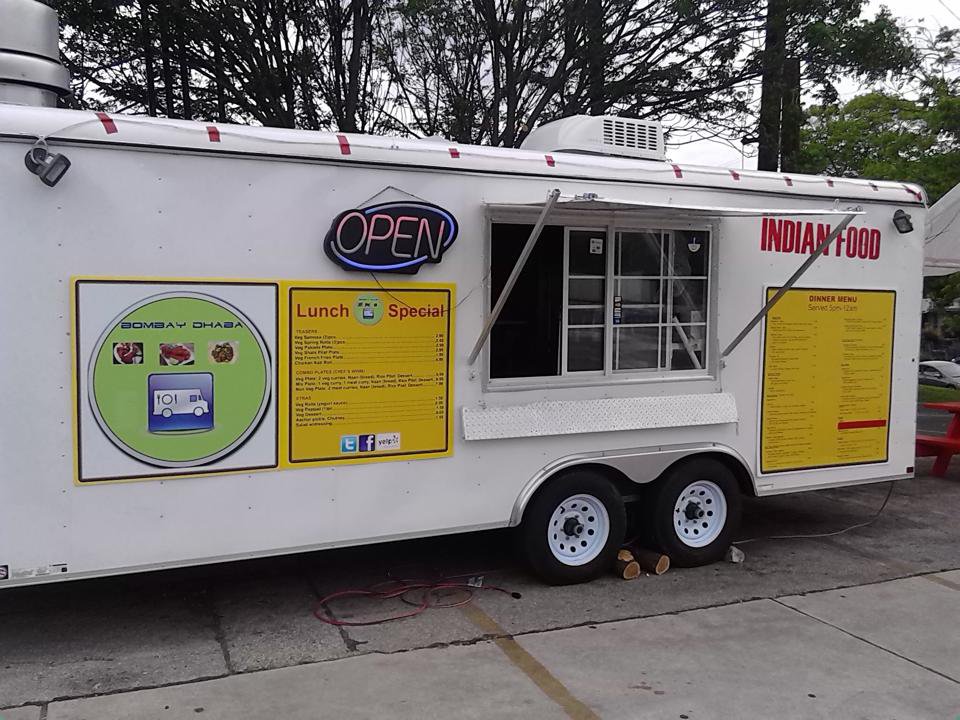 Since 2013, Bombay Dhaba has found a way to continuously stake their claim in Austin, TX amidst its highly competitive street food scene. Chef Prabhakar Reddy is at the helm here, cooking up a ton of Indian classics and specialties like curries, rotis, samosas, and more. Due to limited space and cramped conditions, food trucks usually don’t have a huge menu at the ready — but then, most trucks aren’t Bombay Dhaba. On board here you’ll find a ton of curries (like chicken tikka masala and spinach lamb), appetizers (like papadum and samosas), veggie dishes (like saag paneer and aloo gobi) biryanis, and even desserts. Take advantage of Bombay Dhaba’s awesome lunch specials if you can: the plates come with roti, rice, and dessert, along with your choice of veggie or meat-based curries. With this many options, what are you even waiting for? Hit up Bombay Dhaba in Austin, or book them to cater your next event. MUST TRY Chicken Tikka Masala — Boneless chicken marinated in yogurt, skewered and cooked in special Indian herbs and masala