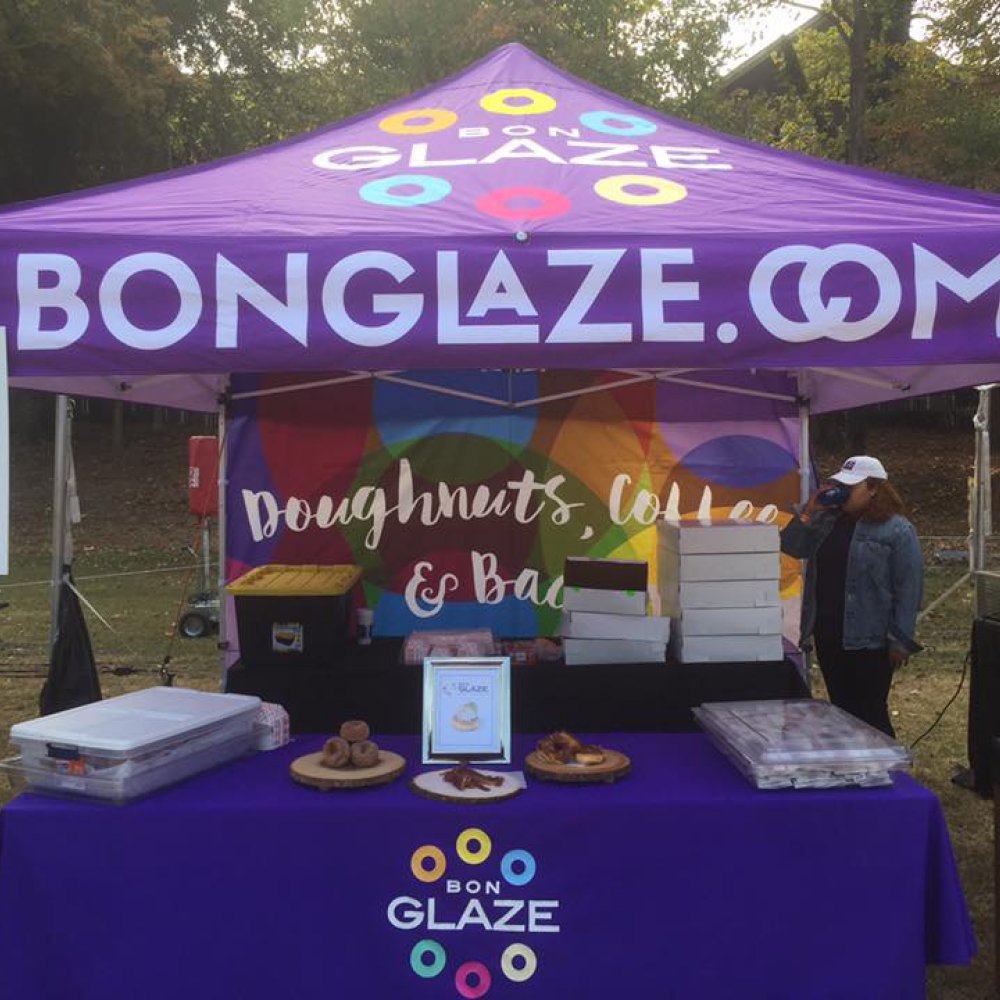 Bon Glaze is on a mission to make doughnuts a whole lot less basic, for Atlanta and beyond. Owned and operated by a couple who've lived around the country and sampled the best of the best, Bon Glaze is a collection of everything they've learned, glazed over and set to move. Now Bon Glaze has a food truck, affectionately named "Bon", to spread the delicious word out to all of Georgia. And that word looks like over 20+ scratch-made doughnuts, four varieties of bacon, and more premium coffee concoctions than you'll know what to do with. Book the food truck today to get the whole shebang at your disposal - it's doughnuts like you and your friends have never had, paired with endless ways to wake you up in style. So whether it's for a party or just for yourself, it's time to raise your standards. Don't be basic, be Bon Glaze. MUST TRY - Red velvet cake doughnut with scratch made cream cheese frosting