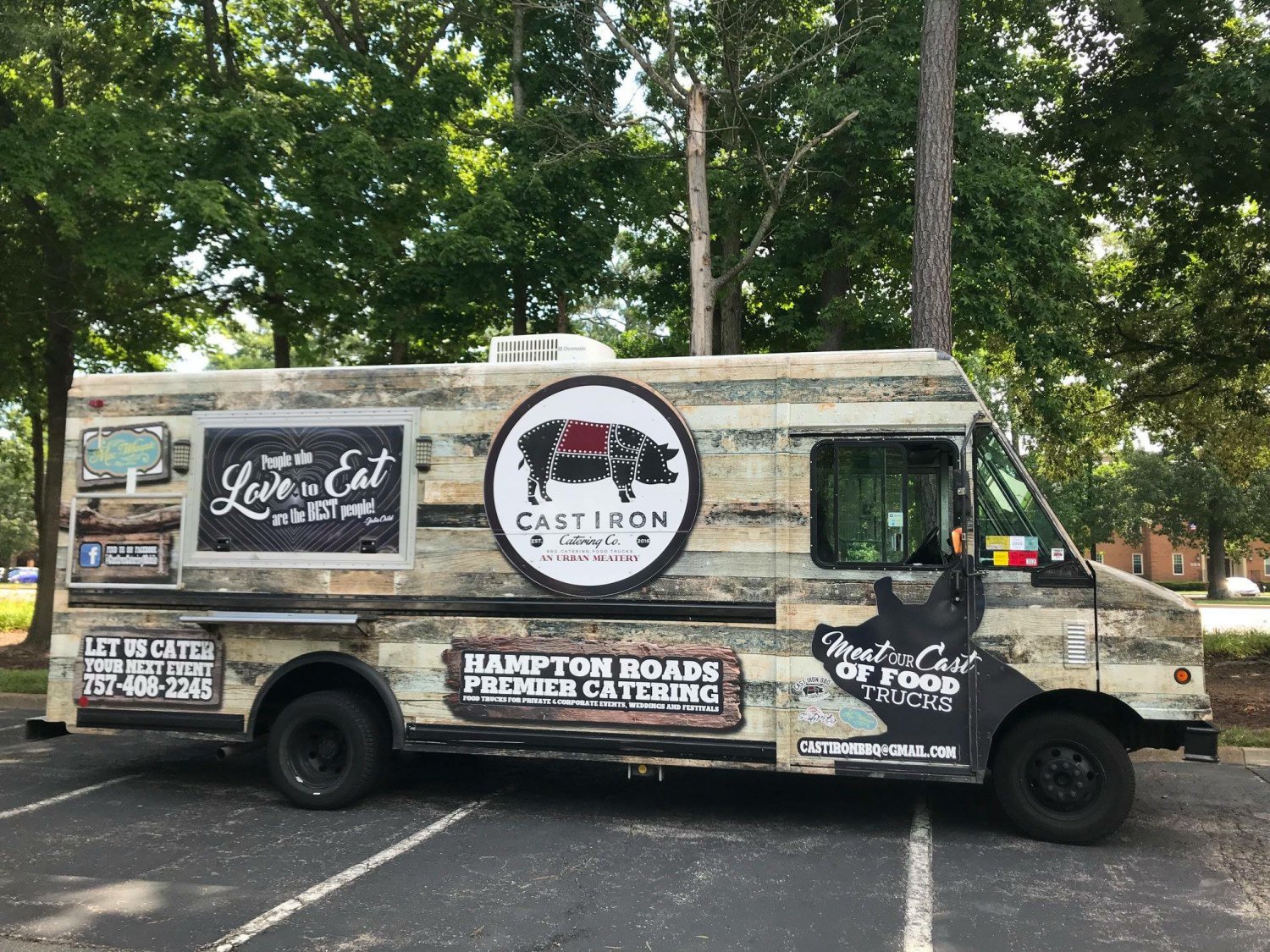 Choice of protein served on a Costnzo bakery kaiser roll

Comes with Jim Beam maple bourbon baked beans, cornbread and your choice of on side

Guest's choice of meat served with cornbread and slaw

Three sides along with a piece of cornbread and slaw

Actually a collection of two different trucks under one name, Cast Iron Catering has set themselves up as a double-threat food truck catering experience in Virginia Beach. With Sofrito Truck and The Urban Meatery under their belts, they're specializing in Caribbean & Latin American fare as well as homey southern BBQ. Quite a one-two punch. Mostly operating under the BBQ side, you’ll want to choose either hickory-smoked pulled pork, BBQ shredded chicken, brisket, or BBQ jackfruit and then decide whether you want that protein in a sandwich with slaw, on a plate with two sides, or mixed into their “Mac ‘N Whoopie”. Pro tip: they’ll let you throw some cornbread croutons in there too, so you should obviously be doing that. What are you waiting for? Nab Cast Iron Catering for your next event. MUST TRY Fleetwood Mac — Ooey gooey mac loaded with smokey brisket, chipotle, BBQ sauce, and French’s Fried Onions