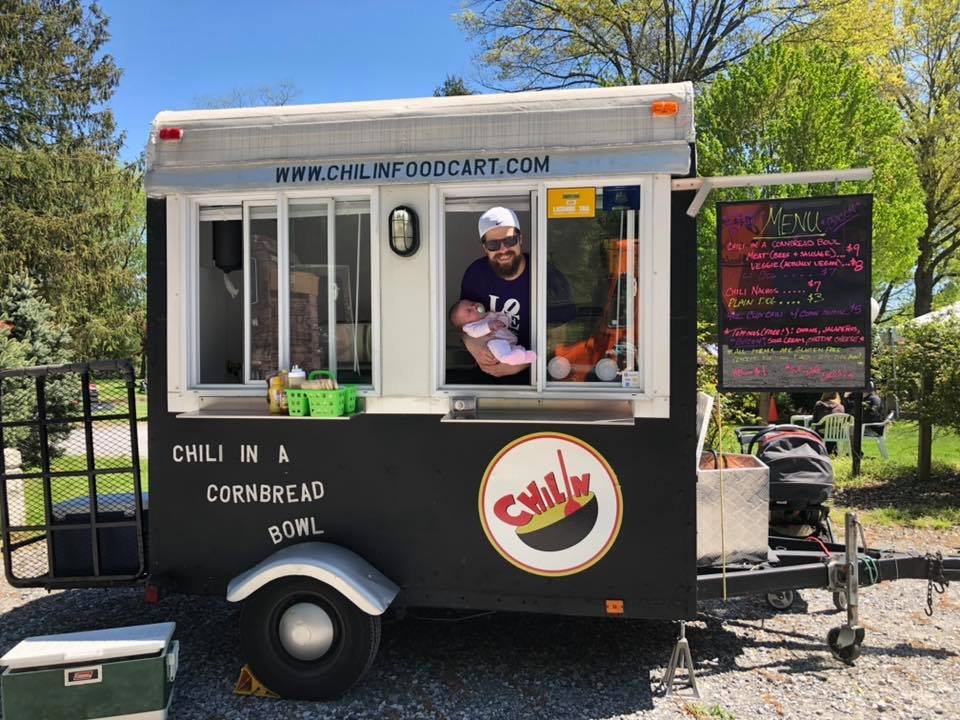 Chili in a cornbread bowl

Beef and sausage chili or our vegan chili in a gluten-free cornbread bowl.

Organic corn chips with your choice of beef and sausage or vegan chili.

Chilin is the brainchild of Tim Kahler, who worked in graphic design for nearly a decade. While he didn’t mind the work, he didn’t have a particular passion for it either. His real passion was cookin’ up top-tier chili, eats that wowed friends and family members. So, when Tim got abruptly laid off from his 9 to 5 job, he saw it as more of an opportunity than a setback. Rather than wallow, he bought his own food trailer. Now, you can catch him rolling across Philadelphia, PA serving up warm bowls of his signature dish. Tim serves up both meat and vegan chili made with red and white beans. Regardless of which variety you sample, it’ll be packed with lip-smacking savory, spicy flavor. You can grab Tim’s chili in a cornbread bowl, on top of an all-beef hot dog, or served over nachos. Plus, it's all gluten-free, so those with dietary restrictions are covered here. Tempting? Absolutely, so hit up Chilin ASAP. Or, better yet, book ‘em for your own event. You won’t regret it. MUST TRY Chili Nachos — A bed of warm, crisp nachos smothered in meat or vegan chili.