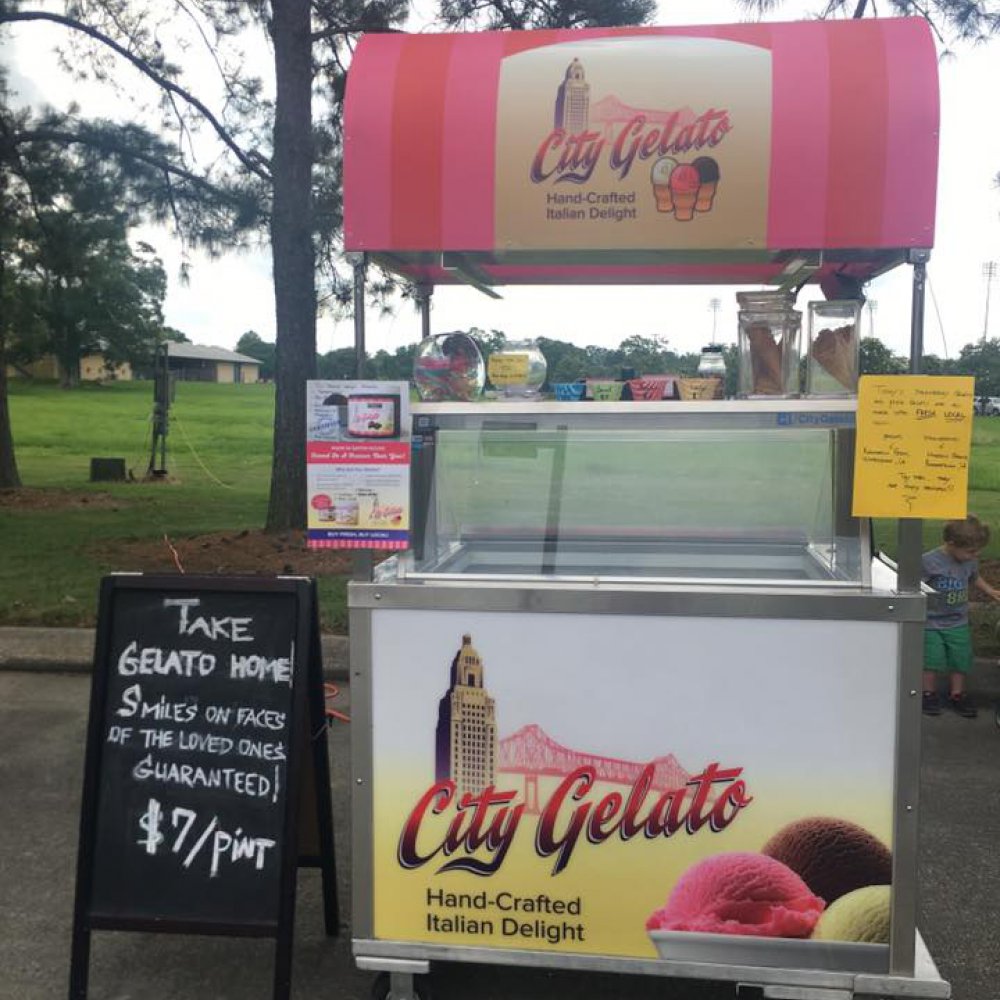 We will provide 50 pre-packaged large 5.5oz single cups with lids and labels (due to COVID-19 no scooping or handling of open containers is recommended) to be dispensed from our logo freezer)

City Gelato is keepin' things cool for Louisiana in more ways than one. First, gelato is ice cream's cooler cousin, uniquely invented in Italy using less fat and delivering more flavor. Second, City Gelato's committed to authenticity, making their gelato in the traditional roman style. And finally, they're committed to using locally sourced fruit to keep things fresh and tasty. How cool is that? You'll find City Gelato popping up at local fairs and festivals in Baton Rouge, serving that cold sweet treat on the streets. With over 60 flavors to choose from, City Gelato's a sure bet to satisfy everyone. So why not call 'em up and get the best artisanal gelato in Louisiana? You'll be cooler in the process, and look super cool to your friends. Trust us. It doesn't get cooler than this.