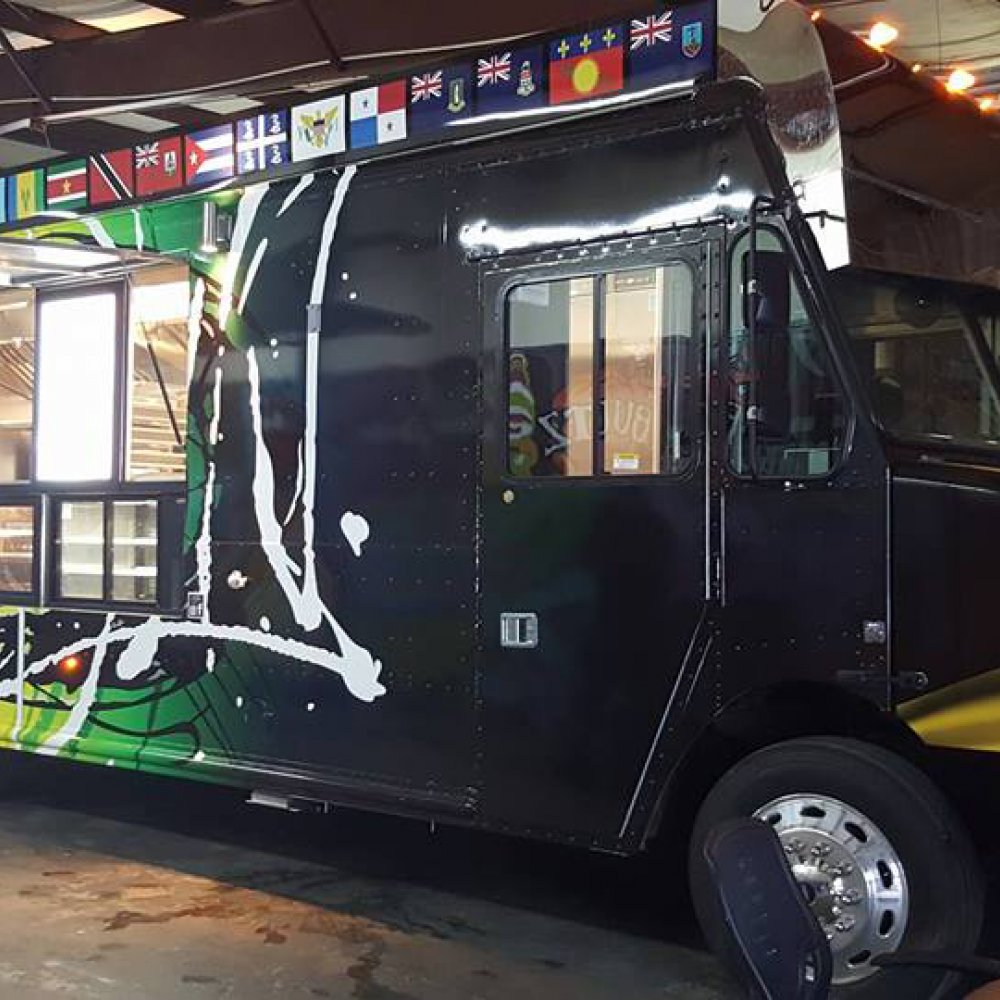 A quarter chicken marinated in our spicy jerk seasoning, grilled to perfection. Served with your choice of rice, veggie, garnished with 2 fried plantains.

Marinated, braised and stewed in a rich gravy with butter beans and dumplings. Served with your choice of rice, veggie, garnished with 2 fried plantains.

About Cool Runnings On Di Run

Cool Runnings Jamaican Grill is a restaurant that hit the ground running, featuring Caribbean and Jamaican cuisine that's out of this world delicious. Don't believe us? Well, believe the facts then, as they've been featured on the Food Network's Diners, Drive Ins and Dives, and now, that success has propelled them into taking it on the streets, in a food truck called Cool Runnings On Di Run.

Quite frankly, this truck has all the foodies in Houston running to get these good eats on the streets. Here, you're getting all the staples of classic Caribbean cuisine, from a chef that spent 20 years in the culinary scene in Jamaica. So when the claim for authenticity is made, well, you best believe it. That, and he's spent years honing his craft in America, so the eats on the streets take a distinctive twist. From classics such as oxtail, jerk chicken and curried goat to specialties like coconut curry shrimp and saltfish fritters, each is made using only the freshest quality ingredients that only add to that exotic flavor. What are you still reading this for? Run on out to the streets of Houston to sample Cool Runnings On Di Run, or have 'em cater your next event. Either way, you won't be disappointed.

Saltfish Cookup - this Caribbean classic is made up of perfectly cooked saltfish with tomatoes, onions, garlic and spices