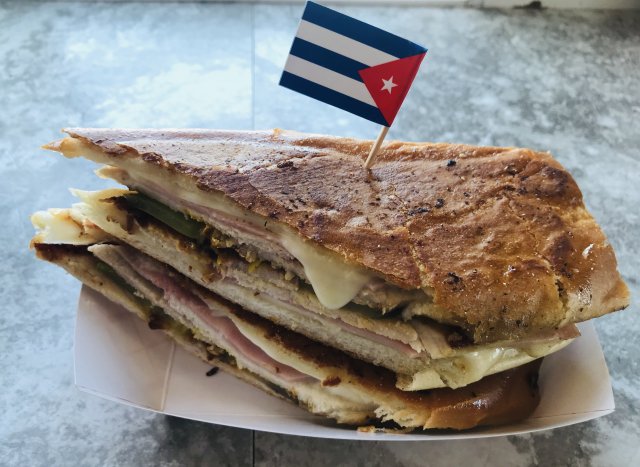 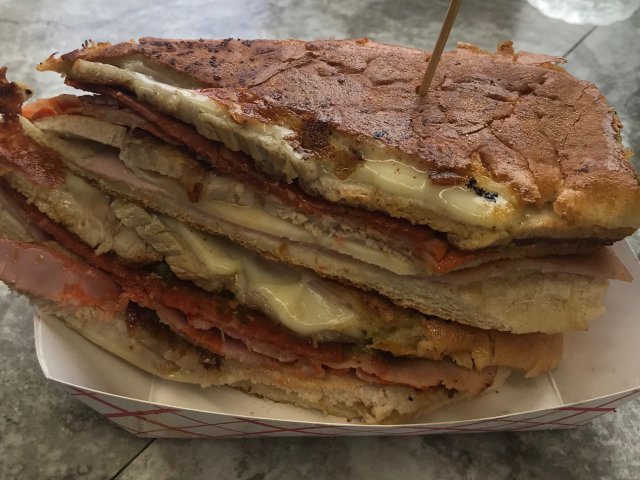 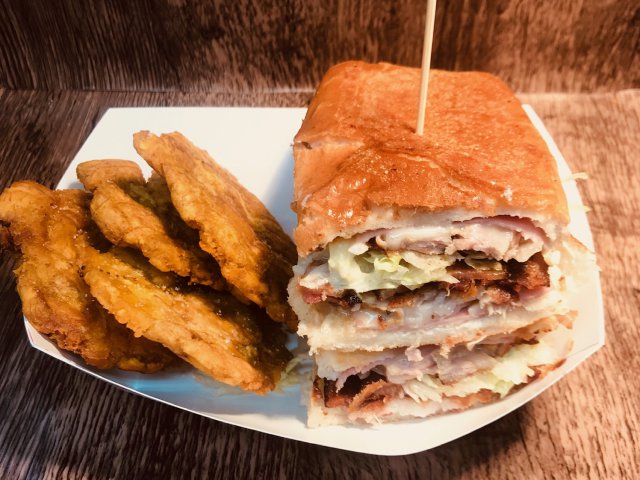 Zucchini, Squach, Eggplant and Peppers with chimichurri sauce and hummus on Cuban Bread

Marinated Pork, Ham, Swiss Cheese and Pickels on Cuban Bread with Mustard and a drizzle of Mojito Sauce

White Rice and Black Beans with Fried Plantains and your choice of Beef, Chicken , Pork or Roasted Vegetables

Cubano X-Press is expressly interested in delivering up the finest sandwiches on the go. And fast. But these aren't just your regular old sandwiches either. No, these are cubanos, inspired from the exotic flavors found in the Caribbean that transport your tastebuds to island bliss. And it's all coming from a food truck, eliminating the need to worry yourself with international travel. Unless you're into that sort of thing. But trust us, you're gonna wanna make a stop at Cubano X-Press first.

At Cubano X-Press, you've got options, but they're all cubanos. Which is anything but a bad thing. Go with the original cubano, and you're getting traditionally marinated pork with sliced ham, swiss cheese and pickles on Cuban bread drizzled with mustard and mojito sauce. But venture outside of the box, and you'll find chef-inspired culinary creations that take the cubano to the next level of delicious. Like a Cuban Reuben, combining the cubano with the heartiness of an all American classic. There's even a vegetarian take on the cubano, because Cubano X-Press is just accommodating like that. And everything's being made using the freshest quality ingredients, hot pressed and made to order. Can't get any better than that. So find Cubano X-Press on the streets of Belleville, New Jersey and beyond. Trust us. You've never had a cubano quite like this.