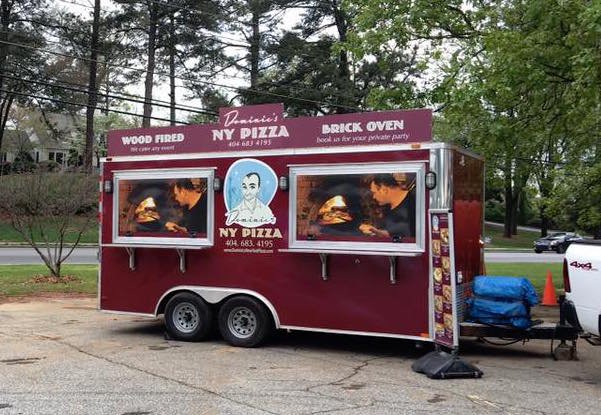 Dominic's NY Pizza isn't casually named - authentically-cooked Brooklyn pizza from a guy actually named Dominic comes flying from a mobile brick oven, sending your mouth to New York while keeping the rest of you in a blissful, Georgia state of mind. Pizzas can be customized to your liking, aside from the requirement that each one be ridiculously delicious, but that's a point of negotiation you're probably willing to leave untouched anyway. For the gluten-conscious, gluten-free pizzas are also on the slab, just waiting to be fired up. Calzones, stromboli and garlic knots are also du jour in Dominic's mobile wonderland, along with desserts that'll scratch your sweet tooth the way it always asks you to scratch it. Dominic also caters - so to spread a bit of New York to your neighbors that never neglects good old-fashioned Southern hospitality, ring up Dominic's and prepare to get authentically spoiled.