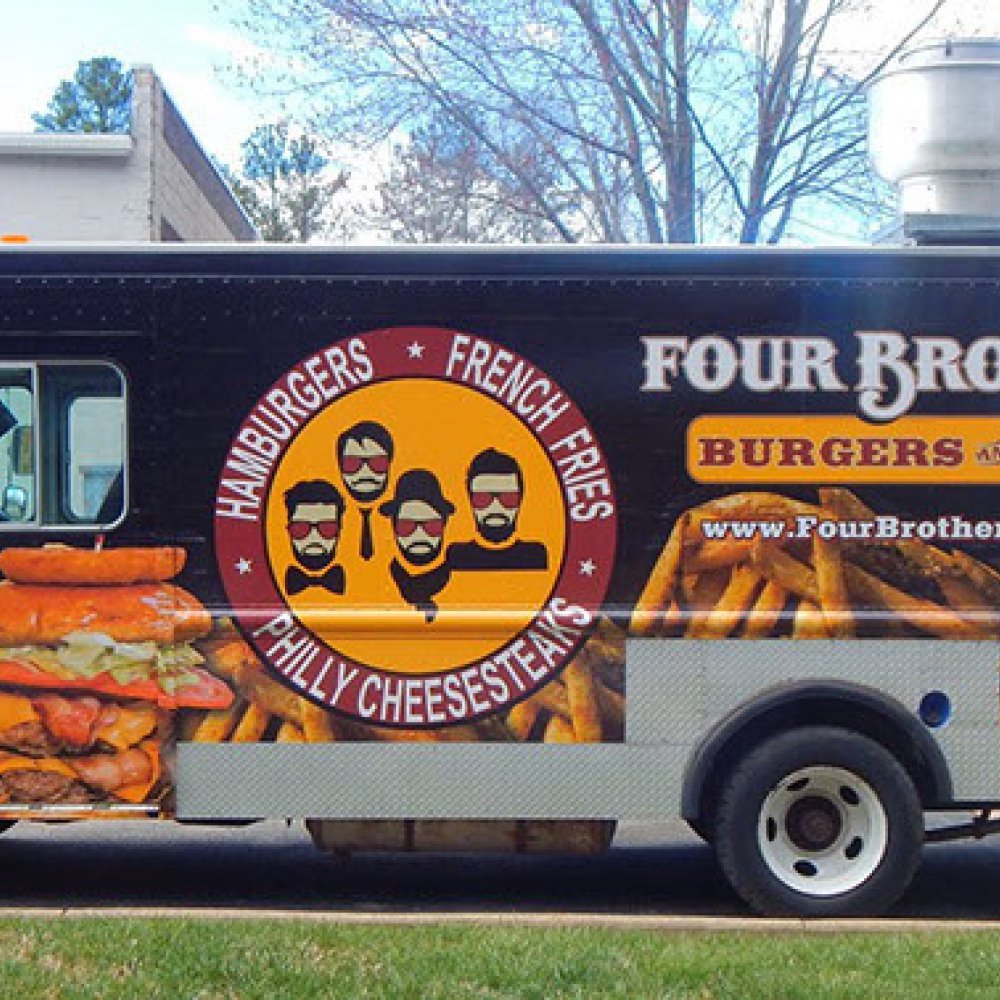 Four Brothers Bistro has long been known in Richmond for grilling up the best burgers and cheesesteaks outside of Philly. Now, the grill's gone mobile in a food truck inspired by one family man's vision to unite people over the love of really good food. A native of Richmond, VA, Nader Hagez left his hometown to pursue a culinary degree. After graduation, his roots pulled him back to good ol' RVA, where his family had been running a restaurant catering business for 30 years. But Nader had bigger goals in mind, thinking about how his four sons could continue the family legacy. Thus, Four Brothers Bistro was established, and Nader has established himself as the premiere grill master. Nader's developed a menu that's built to satisfy using only the freshest ingredients, from hand pattied angus burgers to hand cut fries and hand wrapped gyros. Basically, the guy's got really talented hands. To get a hand on it yourself, find Four Brothers Bistro on the streets and give Nader a hand. After all, he deserves all the applause he can get for taking his grilling show on the road. MUST TRY