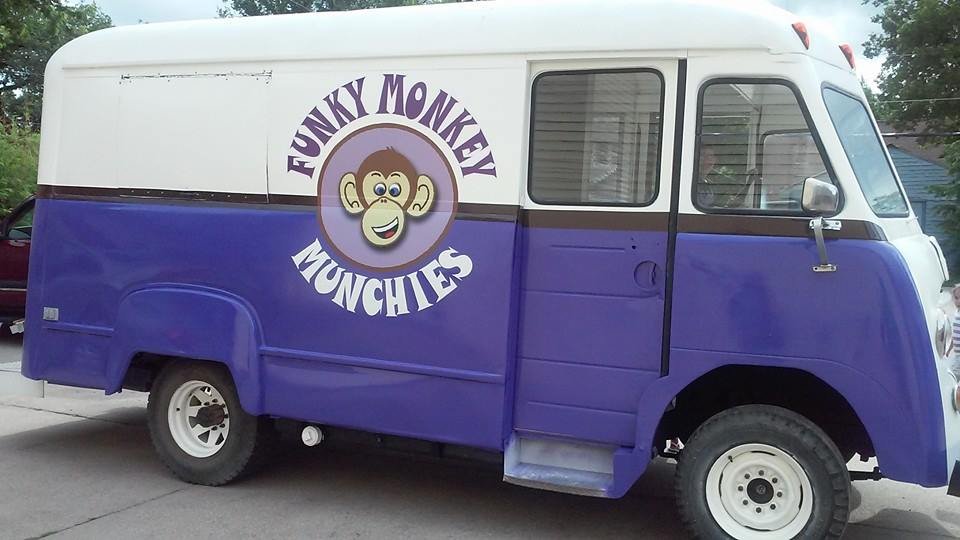 If you're feeling funky because you haven't eaten enough munchies, well, don't monkey around. Instead, find Funky Monkey Munchies, a food truck that's out to treat foodies in Wichita, Kansas with some seriously funky munchies, providing a funky good time every time you visit. At Funky Monkey Munchies, they're cooking up a big menu full of bigger portions to satisfy even the biggest appetites. And by big, we mean it. The menu is constantly rotating to feature a bevy of gastropub delights, made from only the freshest quality ingredients that are locally sourced, organic, and totally delicious. Take, for example, their nachos. These aren't just your regular nachos by any stretch of the imagination. Instead, they're given that Funky Monkey treatment, starting with their homemade wonton chips topped with a whole lotta sprouts, diced onions and their original recipe sauce. Funky Monkey Munchies doesn't just have waffles, they've got s'mores waffles, cherry cheesecake waffles, nutella waffles...what we're saying is, you've got options, and Funky Monkey Munchies is delivering on all fronts. So why wait? Find Funky Monkey Munchies and get ready to give into the funk. Trust us. It's well worth it. MUST TRY