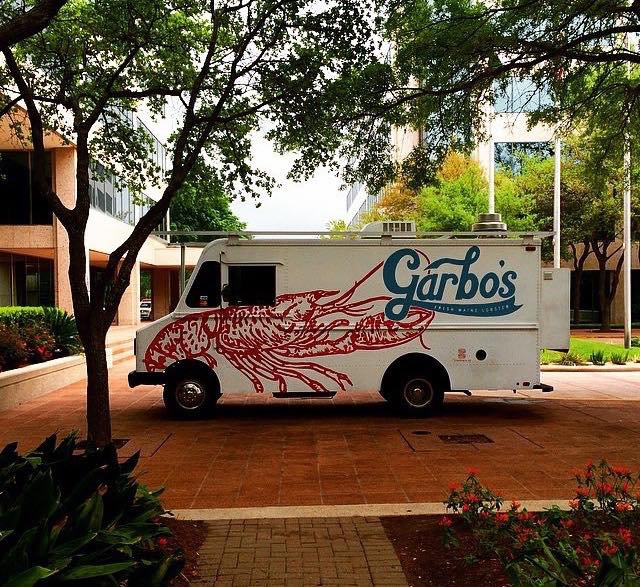 Flash Fried and topped with our soy lime vinaigrette, and fried shallots

We grind our meat using short rib, brisket, and sirloin. We then top with spicy mayo, green leaf lettuce, and sharp white cheddar

Crab meat is gently warmed with bacon and gouda. Then we stuff it in our toasted roll that has a swipe of spicy mayo on the bottom

Whoever said the best lobster rolls can only be found in New England obviously hasn't been to Austin. Here, Garbo's Lobster is the bonafide lobster king, a food truck that takes inspiration from the shores of the Northeast and adds a little bit of soul from the South, elevating the lobster roll to a new standard of excellence. It's something you'll have to taste to believe. But believe us when we tell you this, you've never had a lobster roll like the ones they're serving at Garbo's Lobster. Simply because it wasn't made by Heidi, the daughter of the Garbo's Lobster Enterprise. Inspired by her father and her uncle's domination in the lobster industry, Heidi opened up her starter food truck in Key West, Florida to much acclaim. But soon after she married and moved to Texas, she realized that despite the usual offerings being bigger and better, that wasn't the case with the lobster rolls. Thus, she headed west to a new lobster frontier, and Garbo's Lobster was reborn anew. So what are you waiting for? Give new life to your definition of a lobster roll and find Garbo's Lobster on the streets of ATX. Trust us. In Heidi's talented hands, they're a culinary masterpiece. MUST TRY