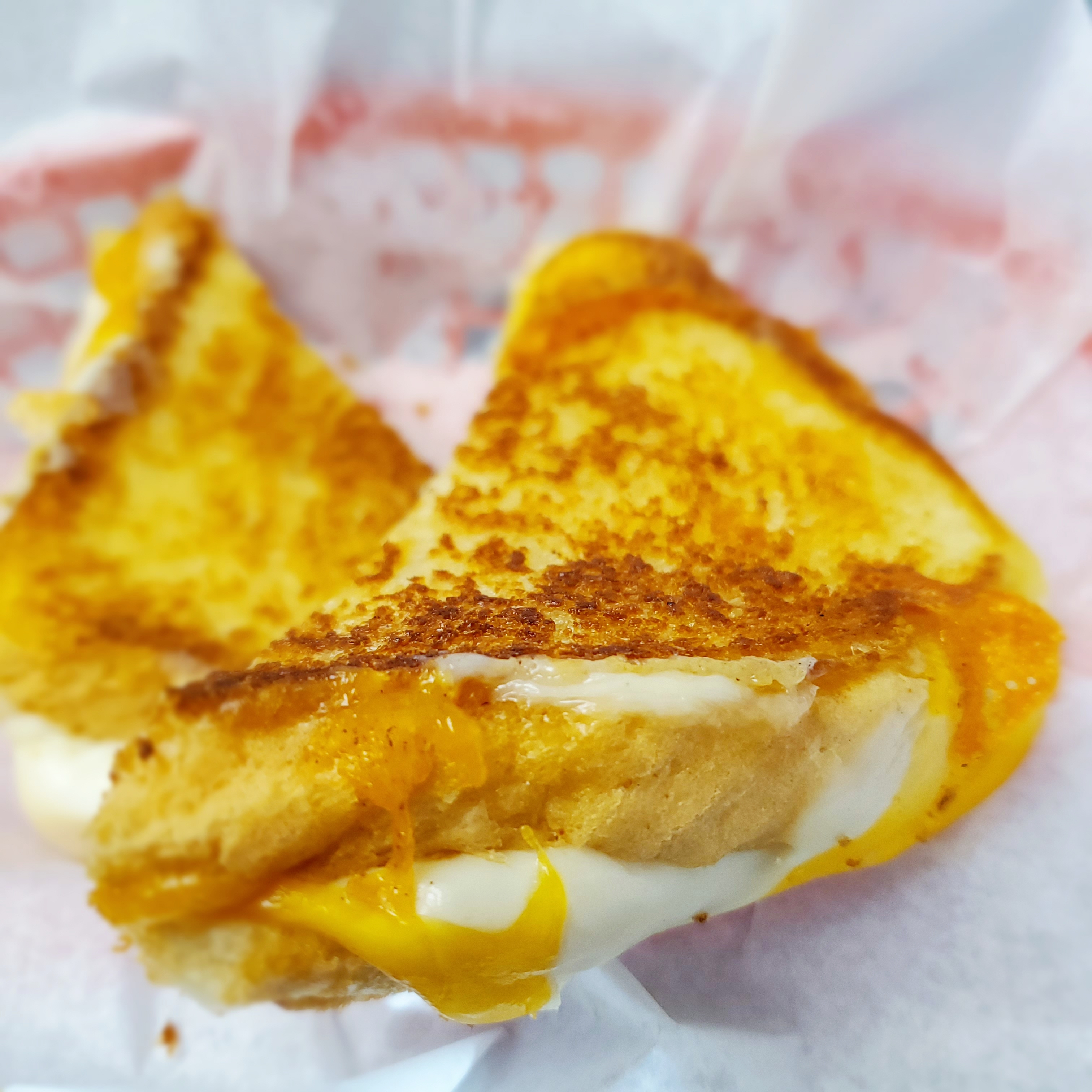 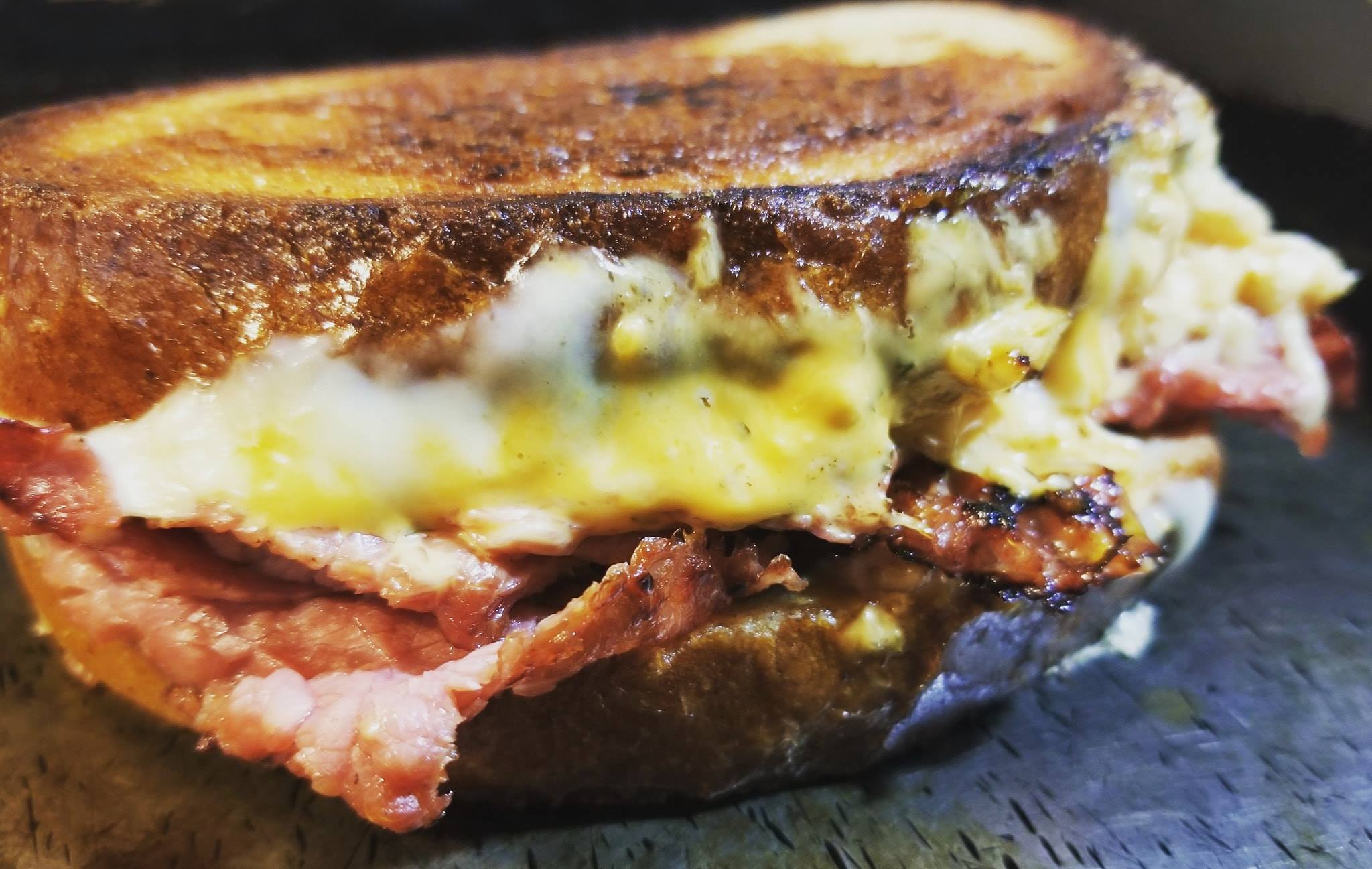 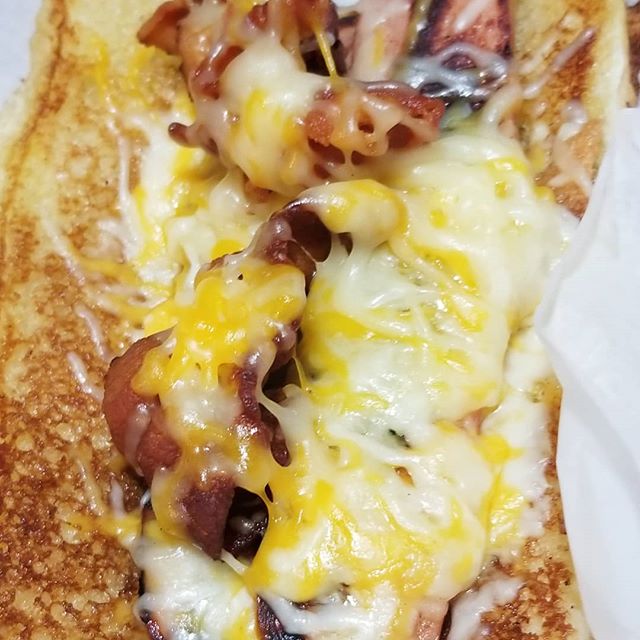 Small grilled cheese with American on white bread. Served with a small side of fries.

Sauerkraut and Swiss cheese melted onto rye bread and topped with a delectable Russian dressing. Corned Beef cannot be added to this sandwich.

Mouth-watering hot dog on a potato bread bun, topped with cheddar cheese, then buttered and grilled to perfection.

Two fat slices of white bread grilled in butter and loaded with bacon, lettuce, tomatoes and a bit of mayo.

Artisan sourdough bread loaded with American cheese and grilled to a buttery crisp.

Hot dog in between a New England style hot dog bun, grilled with cheddar cheese and topped onto strips of bacon.

Fat slices of TX toast loaded with ham, cheddar cheeses, and topped with mustard. Buttered and grilled to a crisp.

The Canoe In the Pines

American cheeses melted onto one fat slice of TX toast white bread, buttered and grilled, then folded into a canoe-shaped sandwich

Thinly-sliced kettle chips that pair perfectly with any Grilled Cheese.

The best tomato soup in the world

Bread, buttered and toasted on the grill

Grilly Cheese is giving Philly and South Jersey the opportunity to get cheesy with it. It's a food truck that's taken over the street food scene with premium grilled cheese sandwiches to sink your teeth into. These aren't your average takes on the timeless mashup of bread and cheese, but gourmet takes on the kiddie menu classic. Get that classic sandwich done right featuring toasty white bread with American cheese for a simple way to curb your hunger on the curb. But Grilly Cheese is all about reinvention of that classic form, offering an astonishing 25 specialty sandwiches that add a touch of decadence to a run-of-the-mill grilled cheese. Try out the eye popping Popeye featuring cheddar cheese on pumpernickel bread with spinach and bacon, or check out the aptly named Cluck Norris including buffalo chicken with mozzarella, tomato, habanero pepper sauce, Russian dressing and basil on sourdough bread. And we haven't even mentioned the dessert varieties. If your mouth is watering just reading this, why deny your cheesy cravings? Find Grilly Cheese in Philadelphia, PA, or have 'em out to cater your next event. It's sure to be the cheesiest in the best way possible, of course. MUST TRY Chocolate Cheesecake Pocket — Just as good as it sounds, you're getting two slices of white bread spread with chocolate hazelnut and cream cheese melted to ooey gooey perfection.