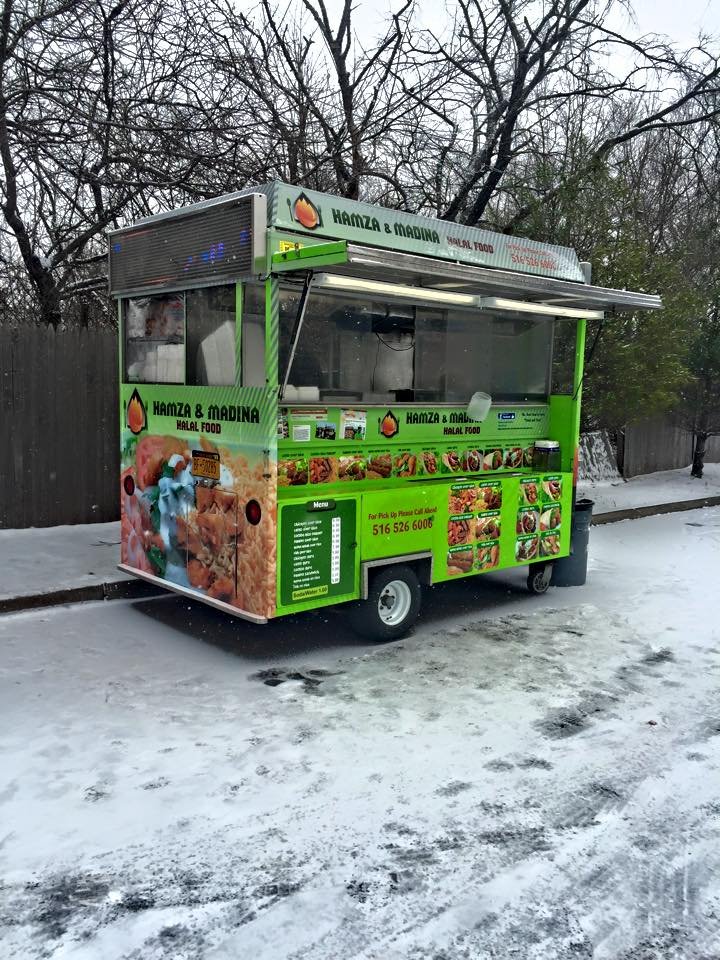 Fresh juicy chicken over rice and a fresh salad

Chunks of lamb over rice and freshly cut salad

Freshly fried balls of falafel over rice and fresh salad

Your choice of two proteins over rice and a fresh salad

Chicken on a toasted pita with lettuce, tomatoes, cucumbers, red cabbage, and your choice of sauce

Hamza & Madina Halal reign's as Long Island's very first halal stand, and still the best too. Sizzling lamb and beef gyro, alongside famous chicken and a whole host of other options populate a food truck that's ingratiated itself well into the neighborhood. New York's as tough a place as any to stand out from the crowd, but Hamza & Madina have made their mark in a big way. Now they've got a loyal flock of repeat fans to show for it, and have become the stuff of local legend. Of course, it's a legend that's still being written, so do your part and join the story. You've got only your hunger to lose. Chicken Gyro