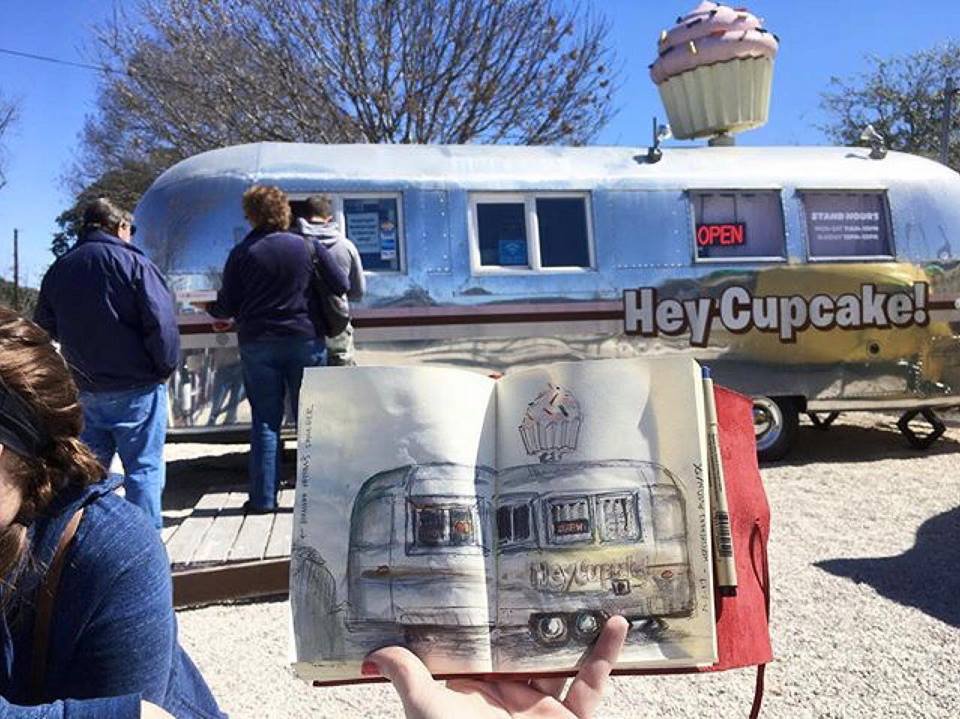 This super-sleek Airstream trailer with the revolving cupcake top is just calling you to come get a delicious gourmet treat. Hey Cupcake! has served as an Austin icon ever since it first arrived on South Congress back in 2007. It can even be credited with catapulting Austin's food truck scene, as it was one of the first trailers to appear on the streets. Now you can find this famous trailer at The Picnic. Adults and children are thrilled by Hey Cupcake’s selection of fluffy, creamy, yummy cupcakes. Their freshly baked selection showcases the 24 Carrot (carrot cake with cream cheese frosting), John Lemon (lemon cake with lemon buttercream), Vanilla Dream (vanilla cake with vanilla buttercream and sprinkles), The Standard (vanilla cake with chocolate buttercream and sprinkles), just to name a few. Come out and take part in Austin's sweet history with the scrumptious goodness that is a Hey Cupcake!