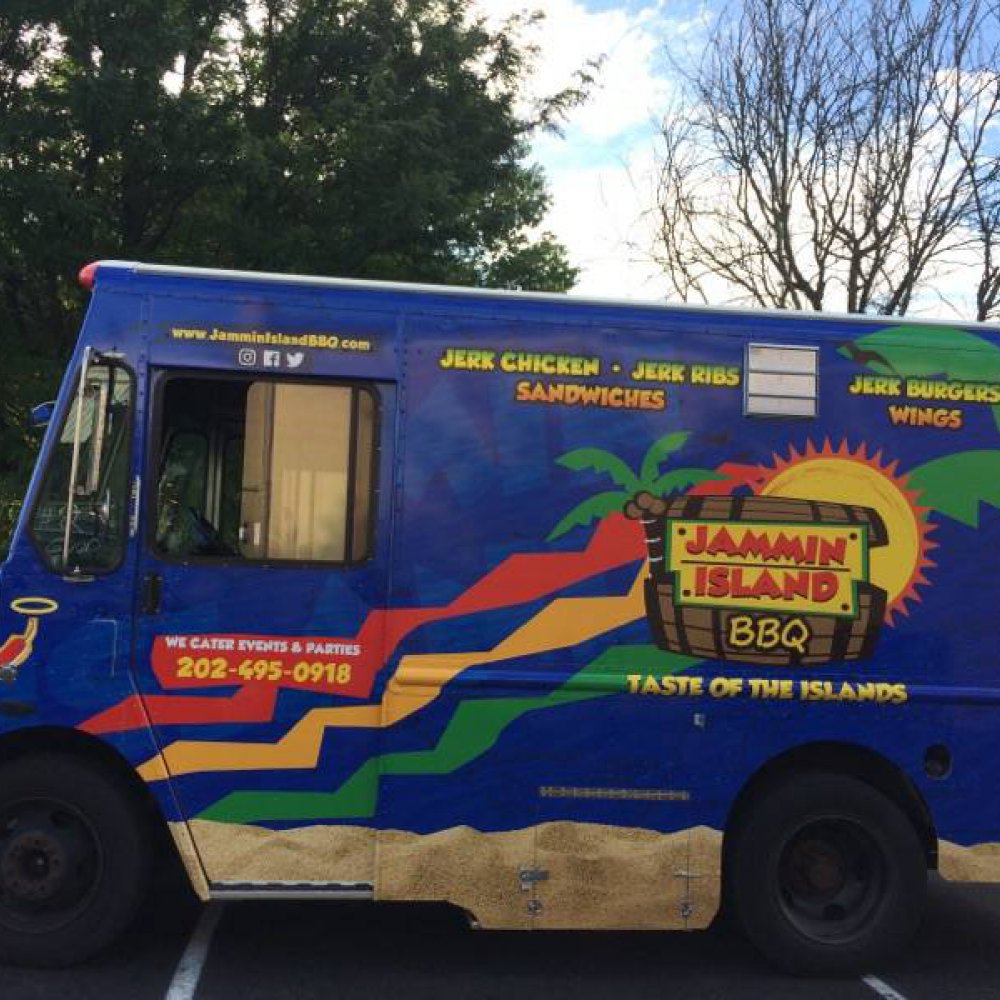 Marinated overnight in our Jammin' Jerk Sauce, our signature item will offer your palate a tangy, sweet and spicy excursion that will satisfy your soul, entertain your palate and bring you back to the islands.

Marinated overnight in our Jammin' Jerk Sauce, our succulent St. Louis Style Rib will satisfy your soul, entertain your palate and bring you back to the Islands.

A delicious combination of our fan favorite Jerk Chicken and Jerk Ribs.

Combined with our spicy, tangy Jerk BBQ sauce, our jammin' jerk chicken sandwich is a sandwich you love! Take one home to Momma!

Fly the Friendly skies with these perfect, crispy wings that are addictively good!

With the consistency of a chewy French fried potato, our center soft, outer crispy Yucca Fries are heavenly!

Infused with Coconut Milk, thyme, garlic and onions, this delicious Caribbean staple is a must with most Island dishes!

Made with fresh Cabbage and Carrots this creamy side makes for great company with your protein or starchy main dish.

Pillow like potatoes cubes with a perfect mix of fresh Veggies, Mayo and Spices make this side devilishly good!

Sweet and Savory plantains are a perfect side for any dish! Get addicted to the taste of the Caribbean with these deep fried darlings!

For almost a decade, Jammin’ Island BBQ has been serving up masterclass in fusion, combining traditional Caribbean flavors with American BBQ. The Washington, DC-based truck has made a name for themselves in the DMV area, building a legion of loyal fans over the years. Like any BBQ worth its salt, Jammin’ Island is cooking their meats low and slow. But unlike your average BBQ, Jammin’s Island is rubbing their meat with jerk seasonings and spices, to highlight their Caribbean backbone. And don’t worry, island-style curries and sides are in the mix too, so you’ll be just fine. Hurry on over to Jammin' Island BBQ to stuff your face full of the best Jamaican BBQ, or bring ‘em right to you and book ‘em to cater your next event. MUST TRY Pulled Jerk Chicken Sandwich — Pulled jerk chicken and jerk BBQ sauce on Jamaican coco bread