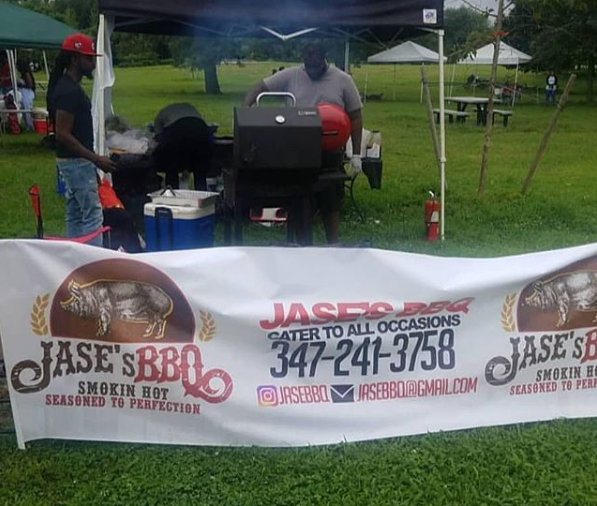 For Jase Franklin, traditional BBQ was never enough. Developing a signature style of Caribbean BBQ, he opened up shop at Jase’s BBQ, and his hearty, soulful, Island-y flavors have been a smash hit in New York City.

Franklin’s keeping the menu simple here, focusing only on the hits he knows how to crush. You’ll probably want to grab some jerk fried chicken or pork, but it’s absolutely mandatory that you nab yourself some of his specialty, tender, smokey BBQ pigtails. Pair ‘em with any of his signature sides, like truffle mashed potatoes or Jamaican-style hard dough bread, and you’re in business. We both know your next even needs some BBQ lovin’, so go ahead and book Jase’s BBQ to cater it.