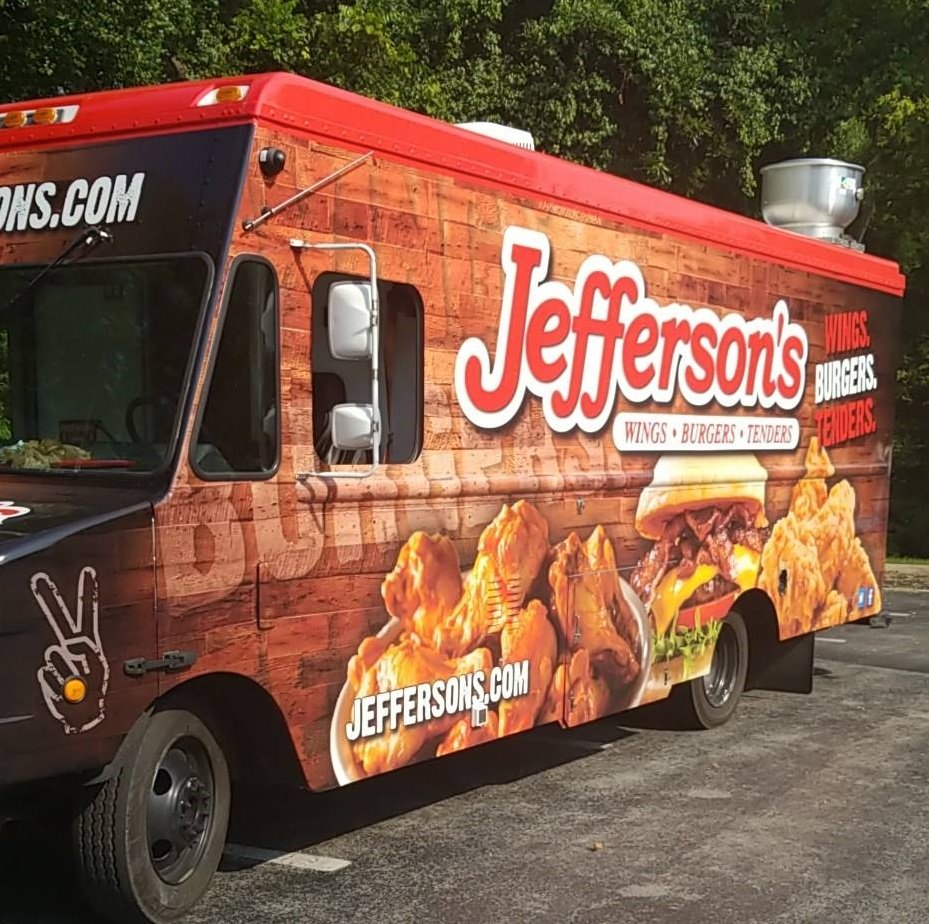 Jefferson’s got its start as a Jacksonville, AL-based restaurant on September 15th, 1991. An immediate hit due to its burgers, oysters, and wings, it’s since grown into a full-fledged franchise with locations in six different states, including a food truck in Murfreesboro, TN. Specializing in all the classics of pub fare, Jefferson’s is the perfect pit-stop if you’re in the mood for a dose of decadent comfort food. You can still get the fare that put Jefferson’s on the map. There’s a whole range of burger options, wings slathered in all types of sauces, and both baked and raw oysters suited up with a myriad of different flavor combinations. But that only scratches the surface of the menu, which has expanded exponentially since the early 90s. From BLTs to chicken sandwiches to loaded cheesy fries, there’s no shortage of gut-busting fare to sample. So, what are you waiting for? Head on out to Jefferson’s and start working your way through the menu. Or, even better, have ‘em out to cater your next event. MUST TRY Smokehouse Burger — A hand-pattied burger topped with American cheese, pulled pork, and a generous dose of honey BBQ sauce for a little sweet-and-savory goodness.