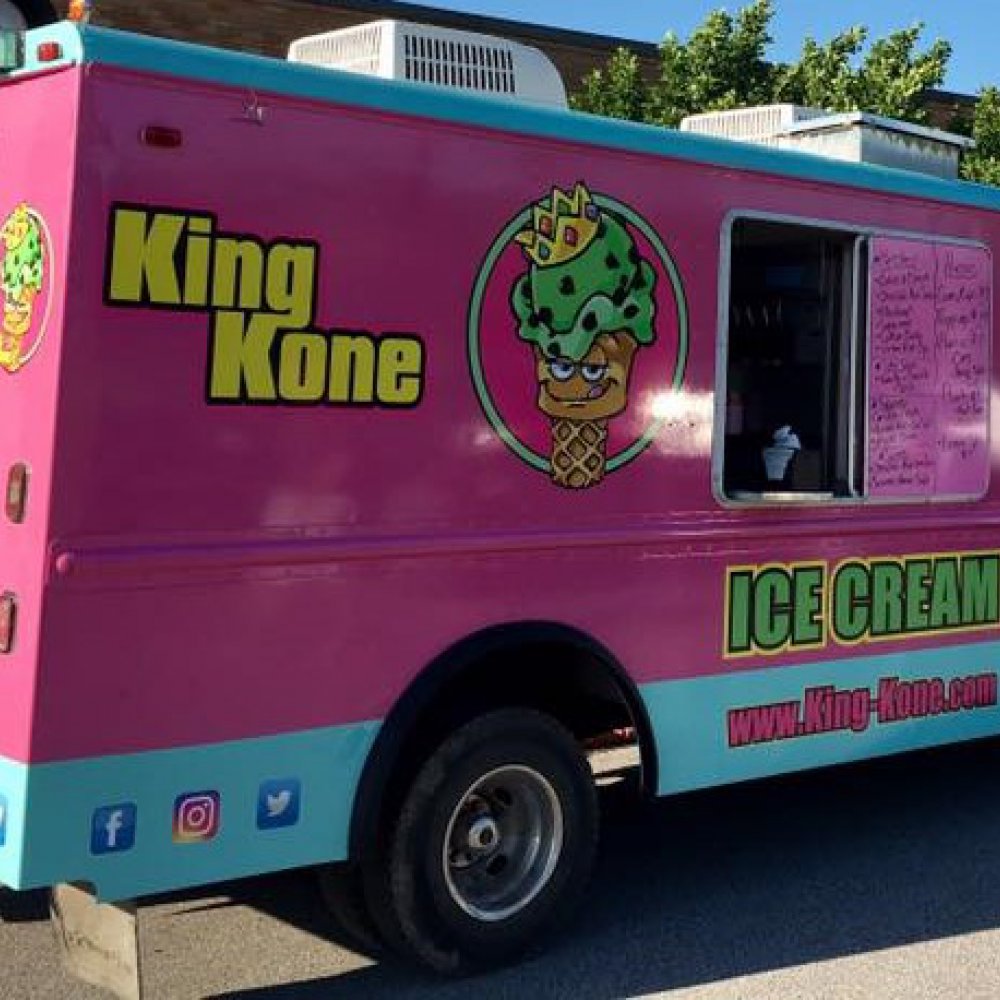 King Kone takes the prestigious title of the #1 ice cream shop in NE Ohio, serving up the creamiest scoops and the smoothest soft serve in, well, NE Ohio. But we'd take it as far as saying this is the best ice cream you'll ever eat in Ohio. We know, quite the bold statement. But as King Kone's popularity surged, they were forced to expand their ice cream kingdom even further in a food truck. Now, you're getting all that sweet frozen stuff on four wheels, cruising the streets of Chardon, Cleveland and beyond. Which is the best news to hit Cleveland. Because those east coast summers get real hot, and there's no real way to cool down other than enjoying some supremely cool ice cream. At King Kone, you're being treated like royalty, because they've got ice cream in two delectable forms : scoops and swirls. Choose scoops, and you're getting Hershey's best flavors, including classics like vanilla, the decadent dark chocolate raspberry truffle, cotton candy, and honestly too many to list out here. Or get swirled up in delicious with their soft serve. The best part? Each is completely customizable with a bevy of fun toppings. SO the next time you find yourself screaming for ice cream, stop. Instead, find King Kone's food truck. You'll thank us later. MUST TRY