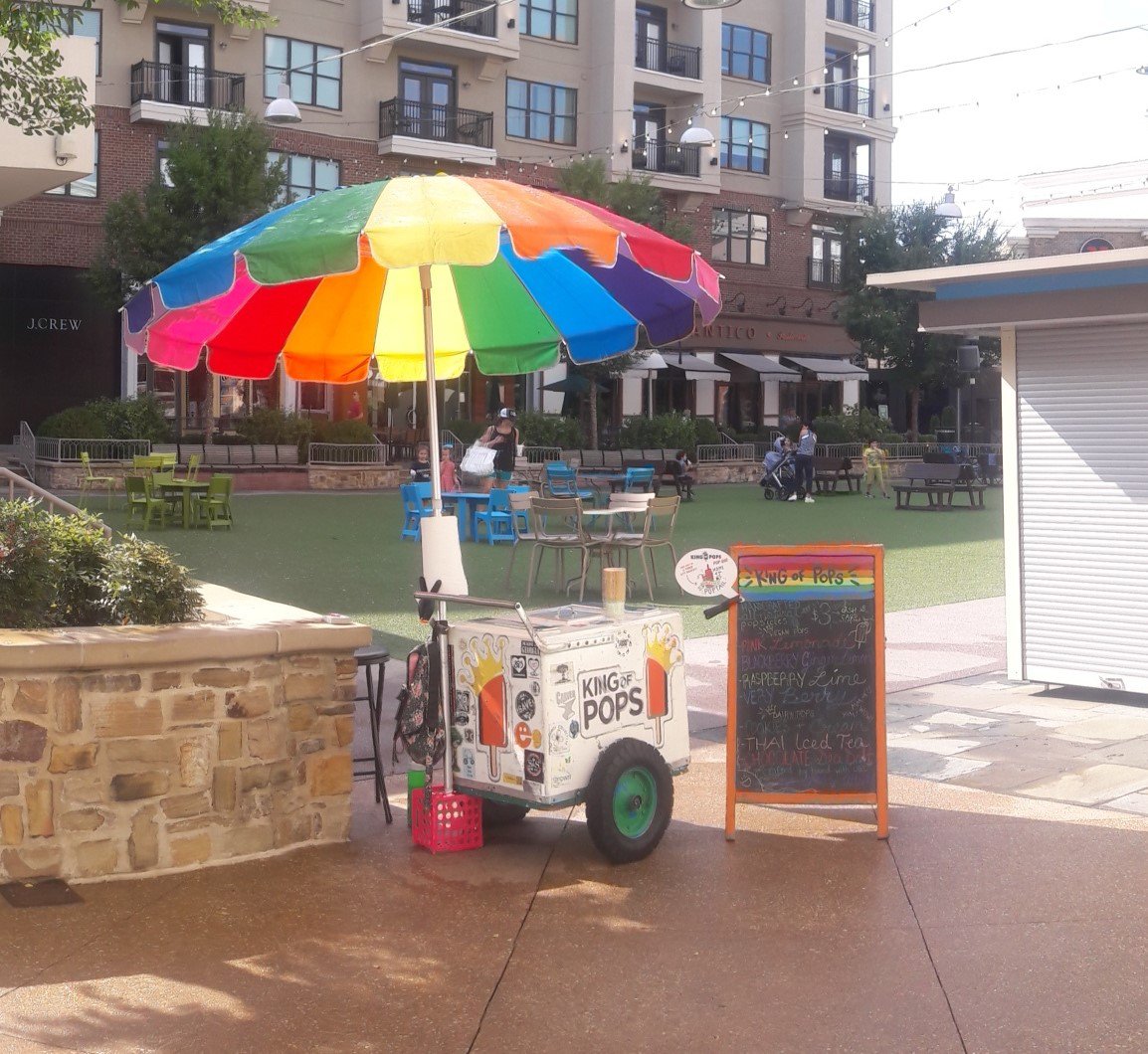 We have an array of flavors that we rotate seasonally. Ask to find out what we currently have!

Just when you thought it couldn’t get any better… If you’re gonna have a brain freeze, make it count!

About King of Pops Alpharetta

King of Pops' origins begin with three brothers on vacation in Central America, seduced not just by the sights and sounds but most vividly the tastes - specifically those of the local paletas. They sought out to replicate the flavors of the Latin pop themselves, and after a lot of trial and error, by all accounts knocked it out of the park. What started with one humble cart has now exploded into a full-blown operation. And now, they're gracing the streets of Atlanta, GA with a cart called King of Pops Alpharetta. Pops are consumed in two distinct delineations - fruity and creamy, with flavors like blackberry ginger lemonade and banana caramel going stick to stick for your attention against other discoveries, from pumpkin pie to Thai tea to pineapple habanero to a whole host of options in between. Each flavor's ideally designed not just to remind each mouth of nostalgic tastes, but to push them into new adventures as well, crossing boundaries of preference to create brand new cravings. King of Pops' mission is to help build bridges not just between tastes, but also between people - repping the energy of a young South in ways that melt the old - one pop at a time. Find King of Pops Alpharetta in Atlanta, GA, or have the cart out to cater your next event. Trust us. The cart brings a host of different tastes together, but the flavors quench them all the same.