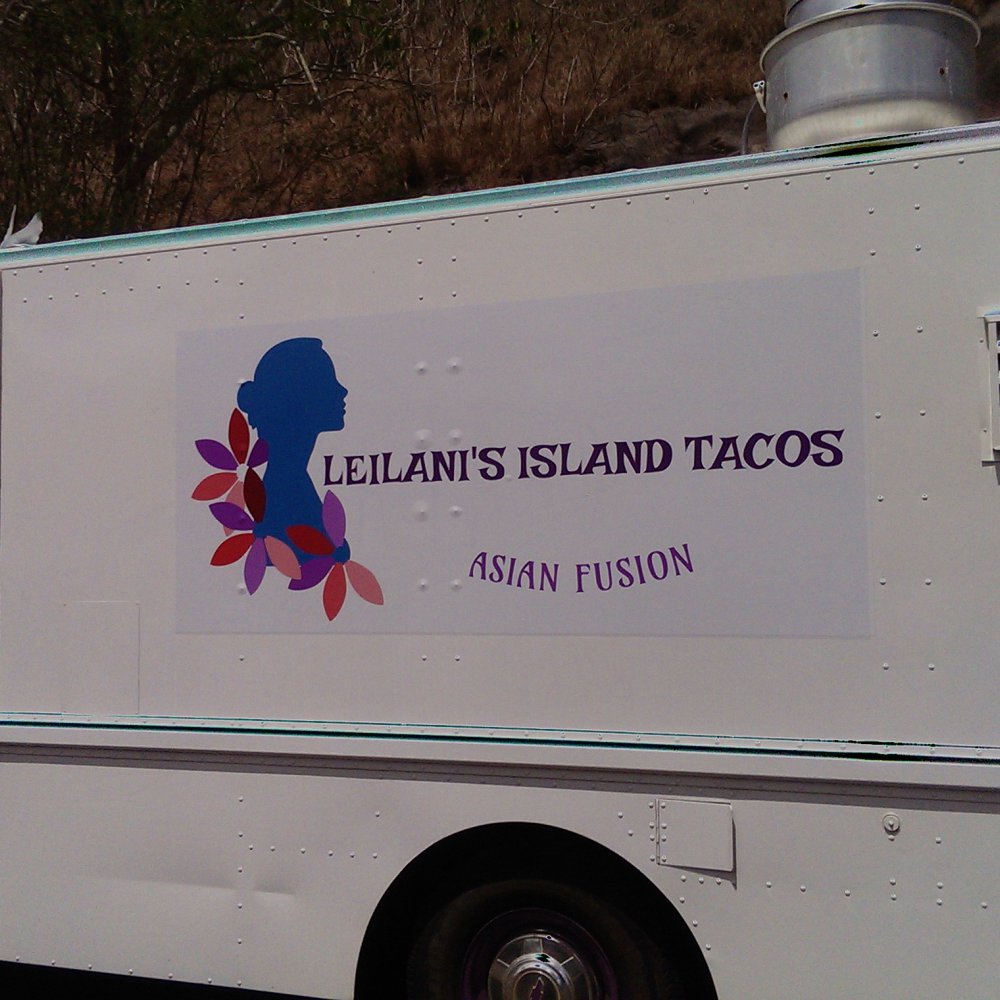 Leilani's Island Tacos is serving up island bliss, one blissful taco at a time. They say ignorance is bliss, but they were wrong. You're gonna want to know about Leilani's Island Tacos. This is a food truck that specializes in good food, made from scratch daily with a whole host of delicious healthy ingredients. Which, considering they're serving tacos, is just the opposite of what you'd expect. But that's just what Leilani's all about. At Leilani's Island Tacos, Honolulu is being treated to a whole lot of tacos that can only be described as island inspired, featuring both asian fusion and distinctly Hawaiian takes on the traditional Mexican form. Take for example their Ono Shoyu taco. Tender chunks of chicken are marinated in a soy sauce and brown sugar marinade, a classic Hawaiian dish inserted into tacos that can only be described as huge and flavorful. Leilani's also got sliders and a plethora of homemade sides, including quinoa cous cous, seasoned black beans and flavorful rice to complement your meal. She's just accommodating like that. So track down Leilani's Island Tacos on the big island in Kaneohe, Honolulu and beyond to treat yourself to big time flavor. That's just what Leilani's serving, and she's doing tacos better and spicier than you've ever had 'em. MUST TRY