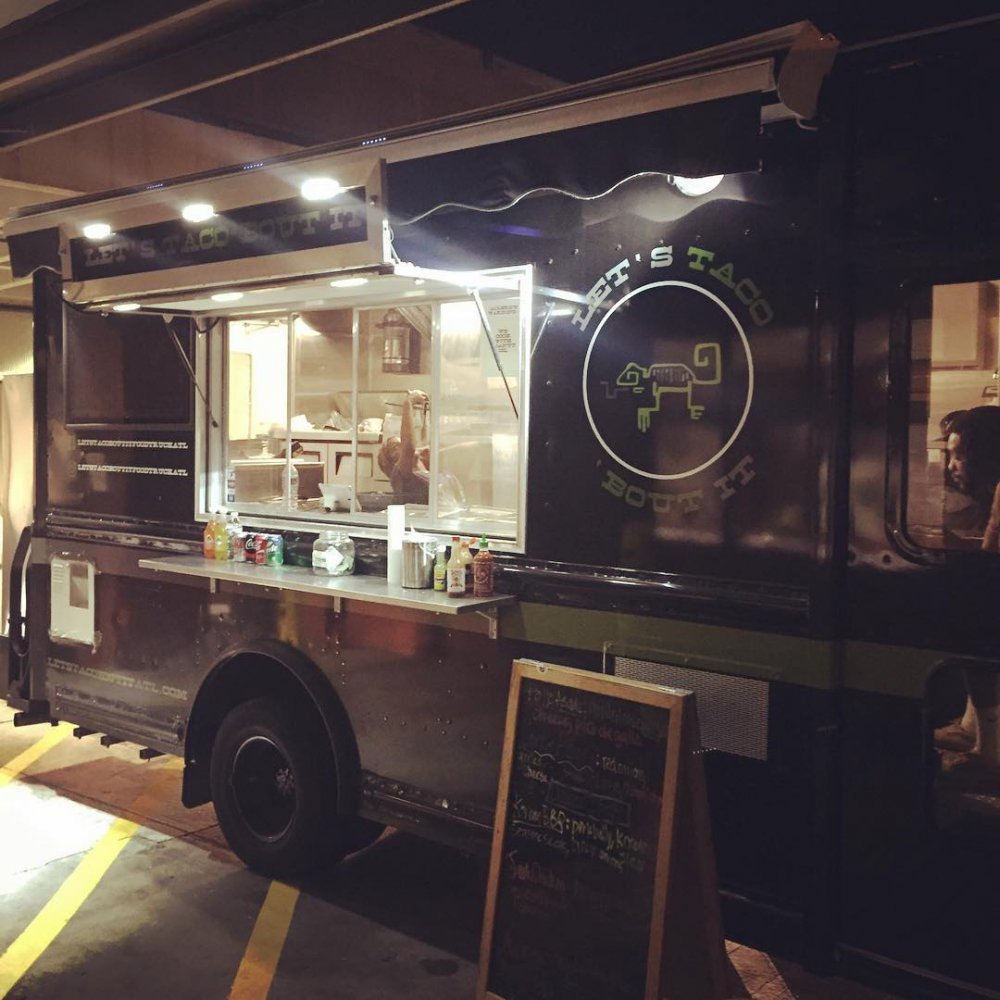 About Let's Taco Bout It

Taco trucks are easily the most popular type of food truck, and mostly they're serving authentic Mexican tacos. But should you crave something a little outside the box, let's taco bout it. No really. Let's Taco Bout It is giving Atlanta the tacos it so deserves, fusing together your favorite cuisines from around the world and serving 'em up in those tiny, delectable forms. You should be so lucky.

These talented taqueros put the utmost attention to detail to every taco, starting with handmade tortillas. On the menu, you'll find authenticity in carne and pollo asada, with quintessential street toppings of diced onions and cilantro. But venture into new taco territory, and you'll find Korean BBQ and quinoa tacos, taking your tastebuds on a flavor adventure. So track down Let's Taco Bout It and talk to the truck about your taste preference. If you're lucky, you may just find your favorite cuisine making an appearance on their ever rotating menu. Taco bout good service.

Korean BBQ Taco - we already taco bout it, but we're getting to taco bout it again here. Flank steak fresh off the grill is drizzled with homemade Korean BBQ sauce, Korean slaw, green onion and sesame seed, with optional Sriracha to kick the heat level up a notch