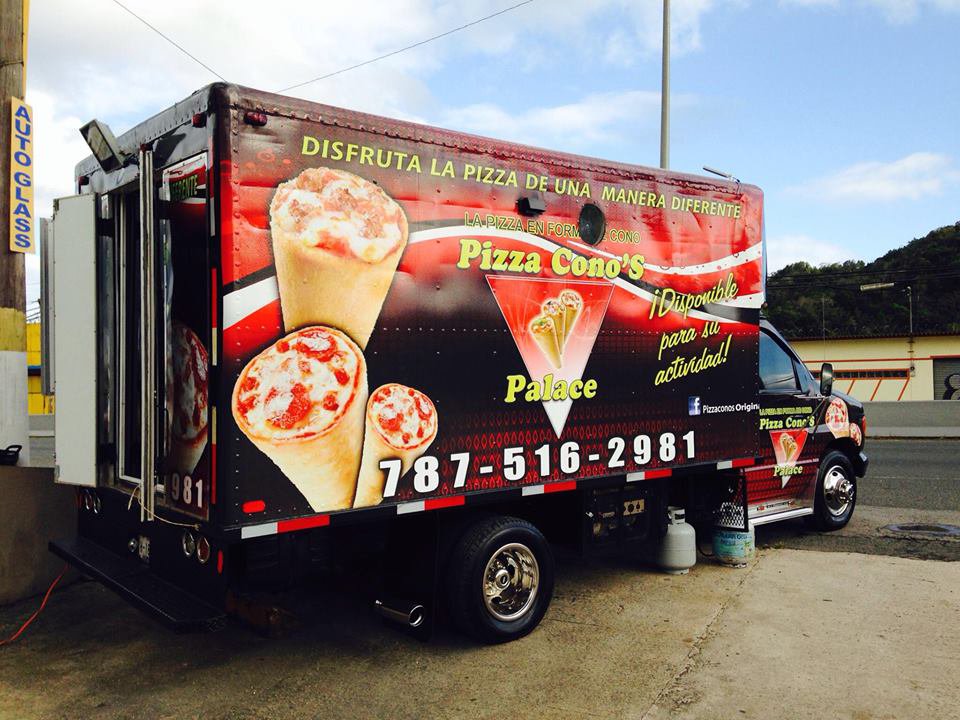 Bread bread bread bread bread bread bread bread - it's gotten a bad rap on the mainland, but on the island of paradise, it's appropriately revered as the life-giving, hunger-crushing, spirit-raising food that it is. And whether it's served under pizza, around a calzone, or folded into shapes that practically mimic origami, it's always an upgrade. And more bread is always, ALWAYS better than less bread. It's a philosophy so simple that people often have trouble buying it - which is more than sad, it's a cruel irony. Of course nothing rights this wrong like a fresh cone filled with pizza, topped with more pizza, next to three other pizza cones topped with pizza. It's become a favorite method of eating the stuff on the island, actually, but Los Originales pioneered it first as the name might give away. They're also still regarded as the best among the locals. So if you find yourself on Puerto Rico and you're the type of person who's made it this far into the description, its a guarantee you're also the type of person who's gonna wanna visit them on day one. In which case, what more do we really have to say - go get your pizza-topped pizza cone. You're welcome.