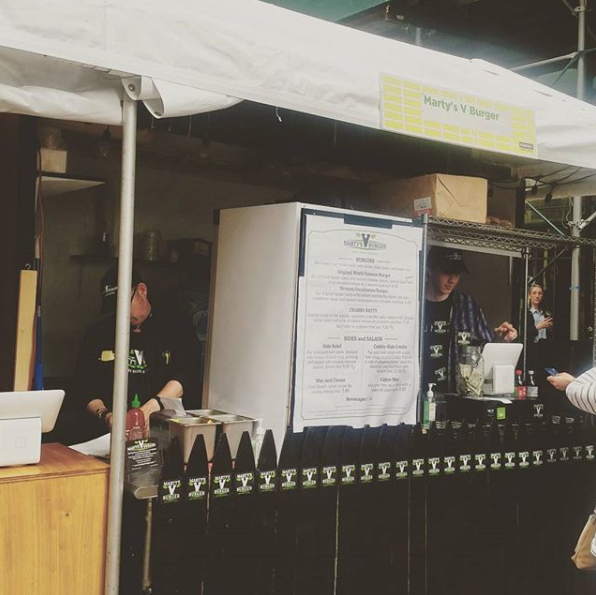 Ever since its debut at the 2014 NYC Vegetarian Food Festival, Marty’s V Burger has cemented itself as a staple of the New York City vegan food scene. Their burgers, which consistently win over carnivores, have been key players in the vegan fast food scene for a while now, and wherever they are, they’re packed with people. Using patties made of seitan, black beans, and brown rice, they’re going for nostalgic vibes, serving burgers reminiscent of Big Macs, steakhouse burgers, and more. They’ve also got some secret recipe vegan mac & cheese, as well as fries and salads, so you should have no issue finding something to love at Marty’s V Burger. In fact, why wait? Hit them up in Manhattan, or book them to cater your next event. MUST TRY Original V Burger — Melted cheddar “cheese”, special sauce, pickles, and crisp shredded lettuce on a sesame seed bun