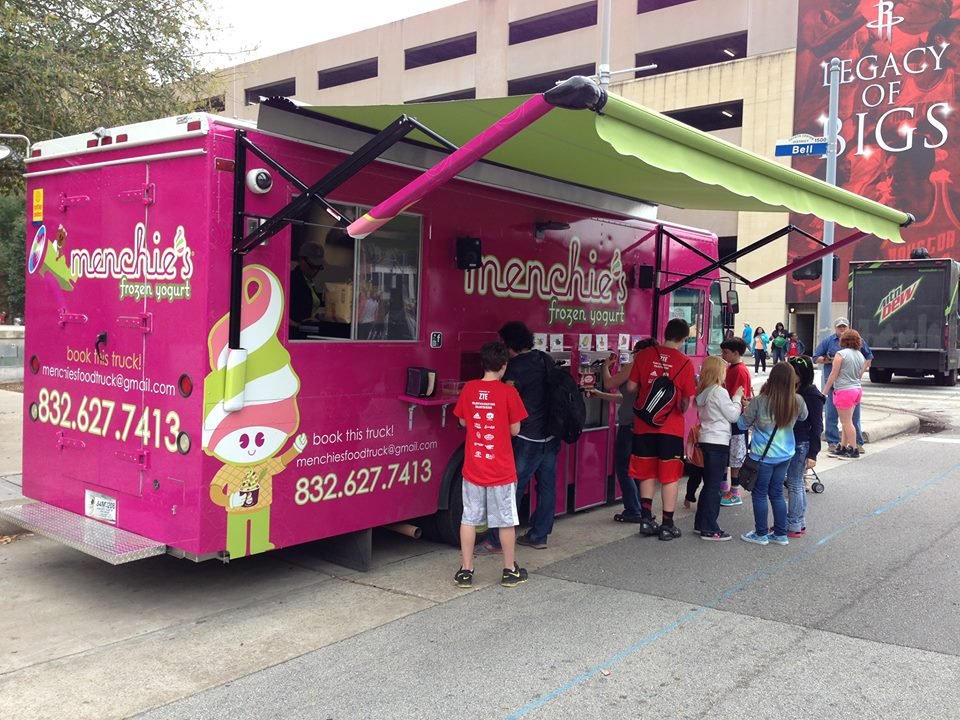 The Menchie's Private Label Collection is made exclusively with our own custom blend of flavors that you won't find anywhere else. We strive to offer something for every guest and pride ourselves on using only the highest quality ingredients. Our frozen yogurt is a good source of calcium as it is made with fresh milk from our California dairy, and our "smiley" California cows have not been treated with artificial growth hormones (rBST). Our product line boasts gluten-free, vegan, and no high fructose corn syrup options and we strive to use natural flavors including real cake, cookies, spices, fruits and nuts. Our entire line of frozen yogurt is certified Kosher and is awarded the live and active culture seal by the National Yogurt Association. Menchie's focuses on quality, variety and innovation in order to produce our best-in-class frozen yogurt.

When foodies are craving some premium frozen yogurt, there's only one name that comes to mind. And that's Menchie's. Since 2007, they've been providing sweet tooth satisfaction, one cup of frozen yogurt at a time. And now, they've decided to make Menchie's even more accessible by putting all that creamy goodness on four wheels. It's Menchie's Food Truck, and if you're lucky enough to live in Houston, you're lucky enough to get your frozen yogurt fix in a whole new manner. Just what sets Menchie's apart from other purveyors of this frozen fare? Simple. They've taken the frozen yogurt game to the next level of delicious, offering a plethora of flavors in variations accommodating to all dietary types, including low fat, non fat, low sugar, even no carbs. The best part? Menchie's Food Truck offers the same in-store experience. Choose your size in cup, and get as much of a flavor as you want. Or combine 'em and make your own new flavor. Maybe you want the richly flavored mocha fudge mixed with the tangy pomegranate razz sorbet. Or nutella with their live from ny cheesecake added in. Whatever your choice may be, the customization doesn't stop there, as Menchie's offers a whole lot of toppings as a finishing touch. What we're saying is, you've got options, and Menchie's is available to deliver. Literally. Find 'em cruising the streets of Houston, or hire 'em to cater your next event with 6 fun flavors and 8 topping choices. It's a surefire way to satisfaction. Or sure cool, as the case may be.