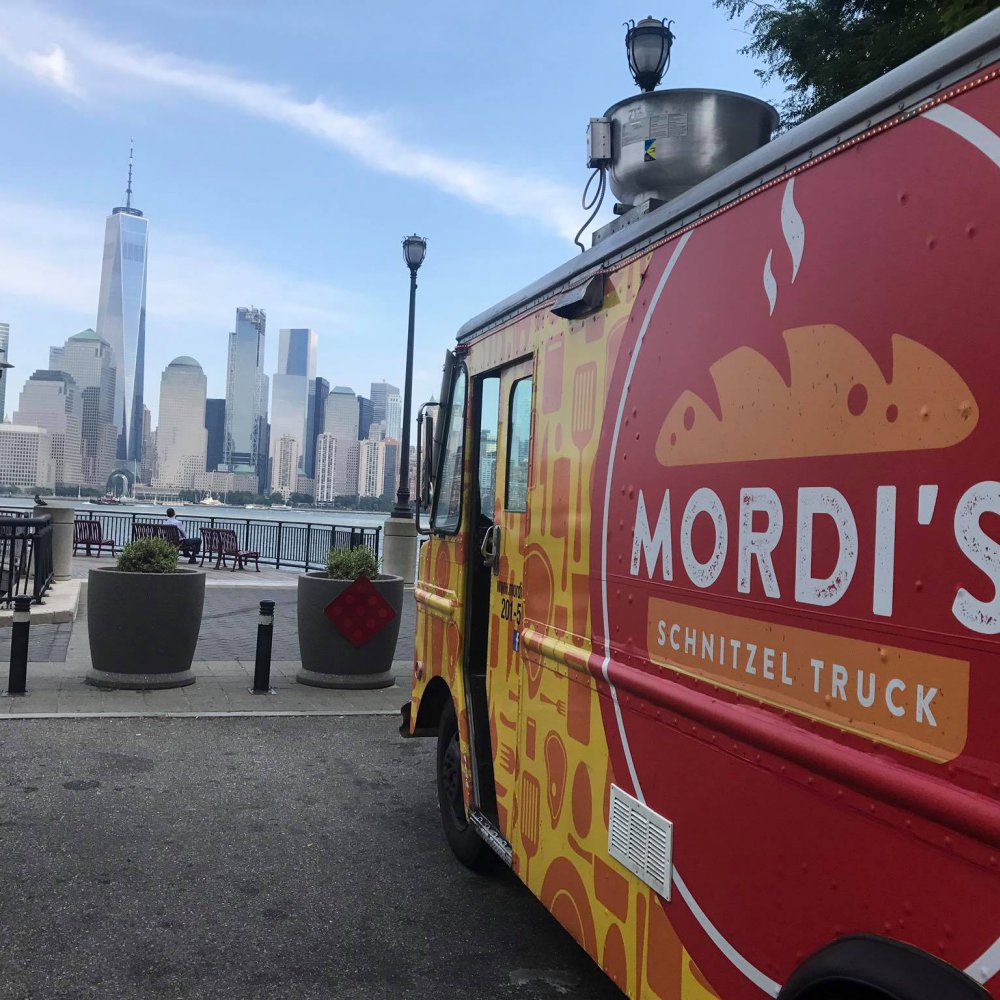 Mordi's Schnitzel Truck is an unorthodox food truck, and we mean that in the best way, of course. In a place like Vancouver, it's hard enough to find authentic Israeli cuisine, let alone out of a food truck. But Mordi's Schnitzel Truck is the tasty exception to the rule, importing tradition from the streets of Israel to the streets of Vancouver, in a bright yellow truck that's hard to miss.

Which is a good thing, because you're definitely not gonna wanna miss out on this truck's traditional cuisine. In April 2014, talented chef Mordechai Chichportiche (you can call him Mordi, we checked) who was born and raised in Israel, decided Vancouver needed an update to its food truck scene. A stellar graduate from The French Culinary Institute, he worked several years as a sous chef in New York City and Tel Aviv. But soon, his entrepreneurial spirit and talents caught up to his dream, and thus Mordi's Schnitzel Truck was born. Here, you're being treated to a myriad of good eats on the streets, all centered around that tender thin fried filet we all know as schnitzel. And Mordi's offering it in two delicious varieties: chicken, eggplant, or mixed in a variety of forms: on subs, as a plate with his homemade sides, even atop a full bed of greens. So what are you waiting for? Find Mordi's Schnitzel Truck on the streets of Vancouver and beyond. Trust us. It's well worth hitting the pavement for.

The Mediterranean - your choice of schnitzel fried to golden brown perfection is topped with lettuce, tomatoes, sumac pickled red onions and housemade hummus and parsley tahini, all stuffed into a freshly baked Italian baguette