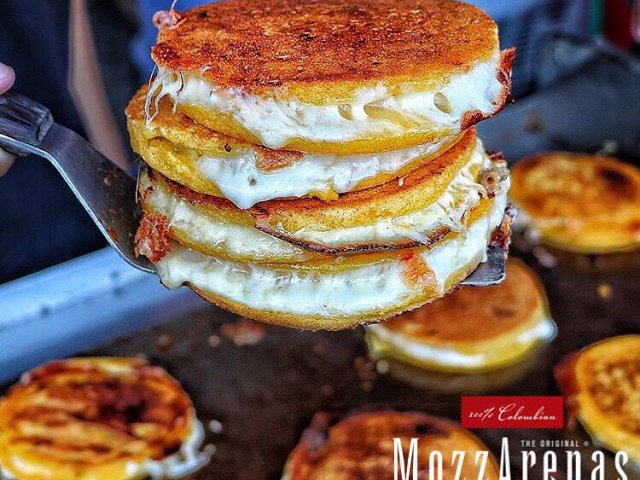 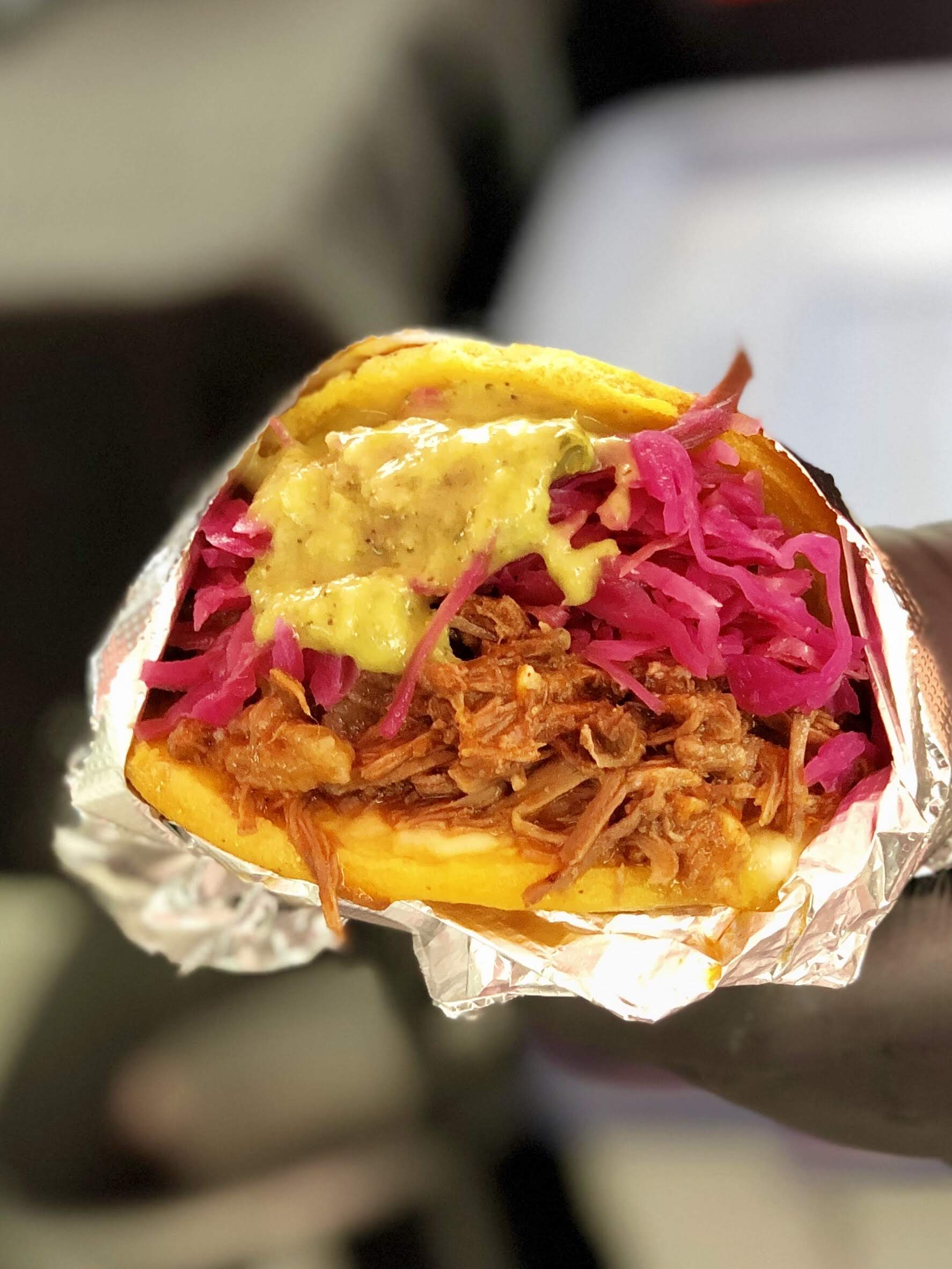 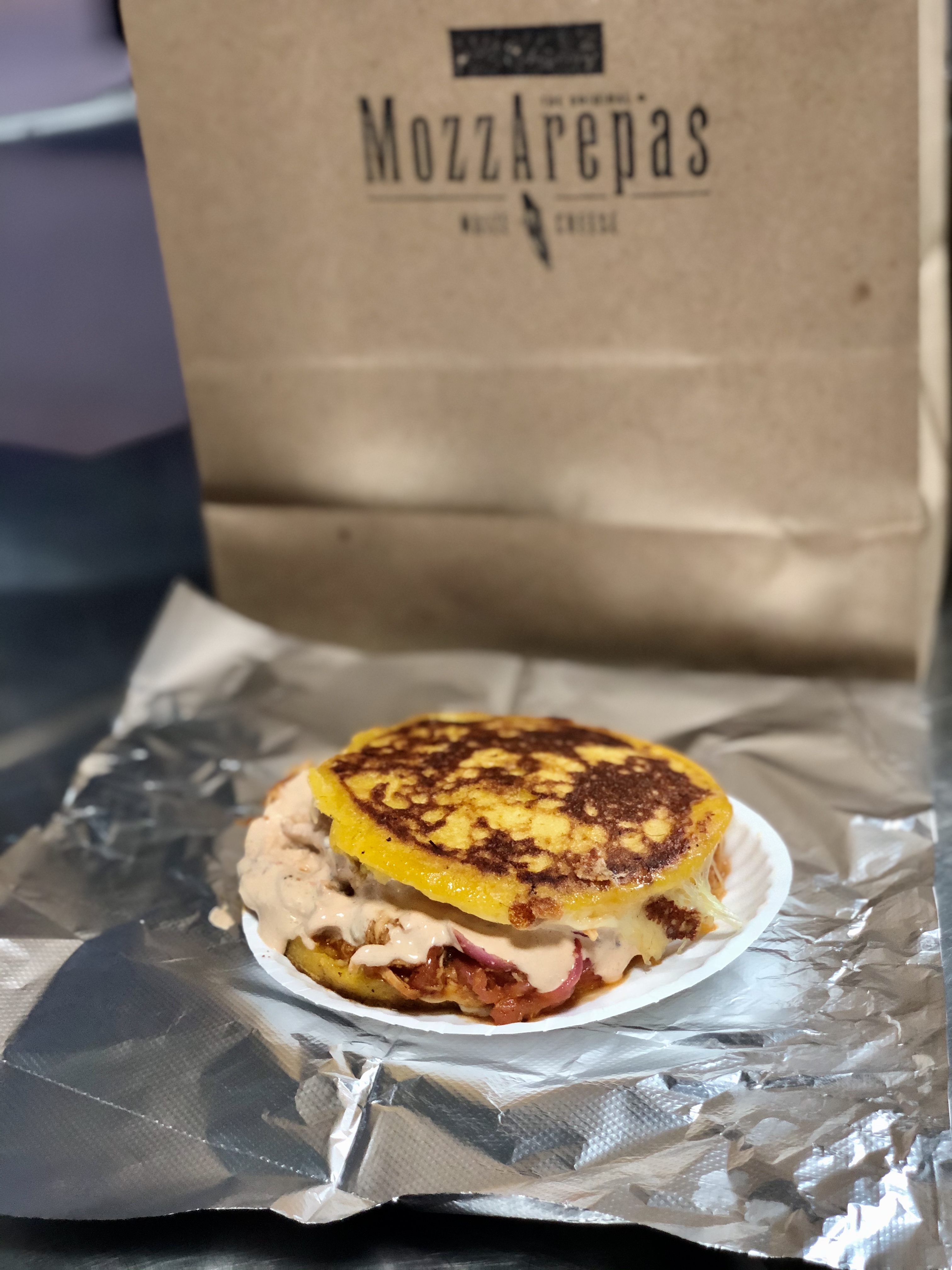 Luis and Flor Leon began selling their arepas at street fairs around New York City in the 1980s. Initially, the recipe stuck strictly to Colombian tradition, filling arepas with queso fresco. One day, however, the couple received a delivery of mozzarella by mistake. They decided to roll with it, and were delighted by mozzarella’s stronger flavor and cheesier texture. With that, they became MozzArepas. Decades later, this franchise is still a staple of the Jersey City, NJ and New York City food scene. If you happen upon a MozzArepas trailer or cart while perusing an event, don’t hesitate to stop by and sample this delectable Italian/Colombian mashup. MozzArepas, of course, still sells the mozzarella-stuffed arepas that made them famous. However, the menu has become more eclectic over the years. Now, you’ll find arepas stuffed with slow-roasted pork, shredded beef, and chicken. Every dish is served straight off the griddle. This translates to melt-y cheese and a perfectly crisp-on-the-outside, chewy-on-the-inside arepa. Just be careful to wait a minute before chowing down. These dishes are hot. Are you drooling yet? Then stop by MozzArepas ASAP. Even better? Book ‘em for your next event. You won’t regret it. MUST TRY The Pernil - Tender shredded pork dripping with juice plus mozzarella cheese, pickled veggies, avocado aioli, and chipotle crema. All served between two arepas. Yum.