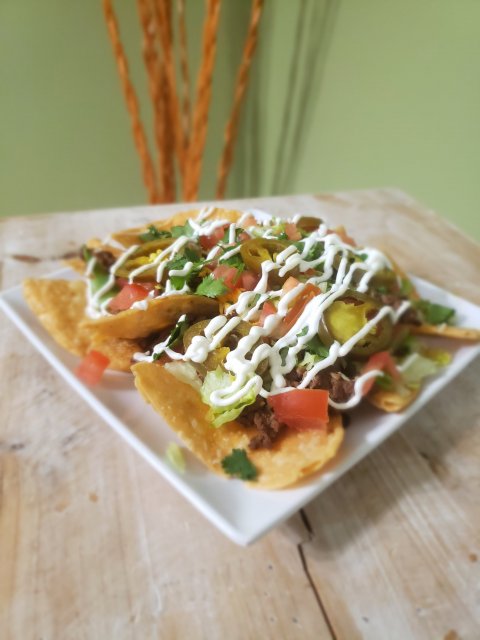 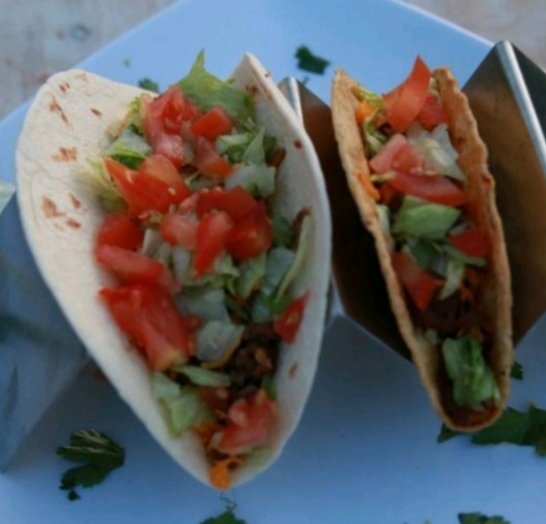 Our tasty ground beef served in a corn or flour tortilla. Topped with your choice of shredded cheese, lettuce, and tomato.

NaCho Average Tostado is giving Ann Arbor, MI Mexican food that's a cut above the rest. Some might even go so far as to say not your average, or shorten it for ease of speech. In any case, NaCho Average Tostada is a food trailer that's doling out authentic Mexican eats on the streets, with premium quality you won't find just anywhere.

So don't go looking. Instead, find NaCho Average Tostado, and let the food do the talkin'. Here, they're making everything to order using only the highest quality ingredients, with meats hot off the grill on hand pressed tortillas for your enjoyment. Get 'em served on a flat corn tortilla dressed with lettuce, diced onions, salsa and sour cream for the classic tostado, or load up ground beef in a folded crispy tortilla for tacos that are too tasty to resist. But that's not all. NaCho Average Tostado also has nachos smothered in that same good stuff, which should give you more than enough reason to find 'em in Ann Arbor, or have 'em out to cater your next event. They won't disappoint.