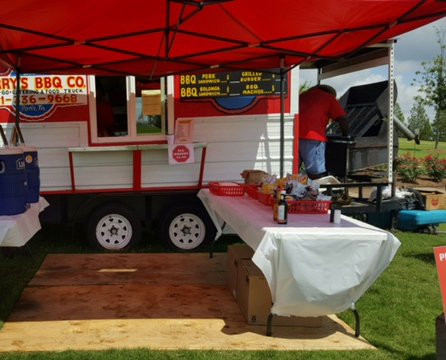 Perry’s BBQ’s journey began in 2013 in a Paris, Tennessee gas station, where husband and wife team Patrick and April Perry were rubbing, smoking, and slicing meats to perfection. Their meats were such a hit that today they’ve opened up 2 different locations along with a bookable catering service. It’s always a meaty affair at Perry’s, with classics on offer like brisket, pulled pork, and smoked chicken. The real beauty of Perry’s lies in the deep tracks; the B-sides if you will. Throw your judgement to the wind and spring for some smokey, indulgent, undeniably delicious BBQ bologna, a true Tennessee gem. Like all great BBQ, the beauty is only fully on display once you round out your meal with some sides, and Perry’s has some great ones (like homemade baked beans and vinegar slaw). Their catering packages are no joke, so feed your guests the comfort food they deserve by booking Perry’s to cater your next event. MUST TRY BBQ Bologna — If you forgot about bologna, allow Perry’s to remind you. Pop that bad boy in a sandwich and enjoy the childhood bliss of bologna, elevated to a smokey, special level.