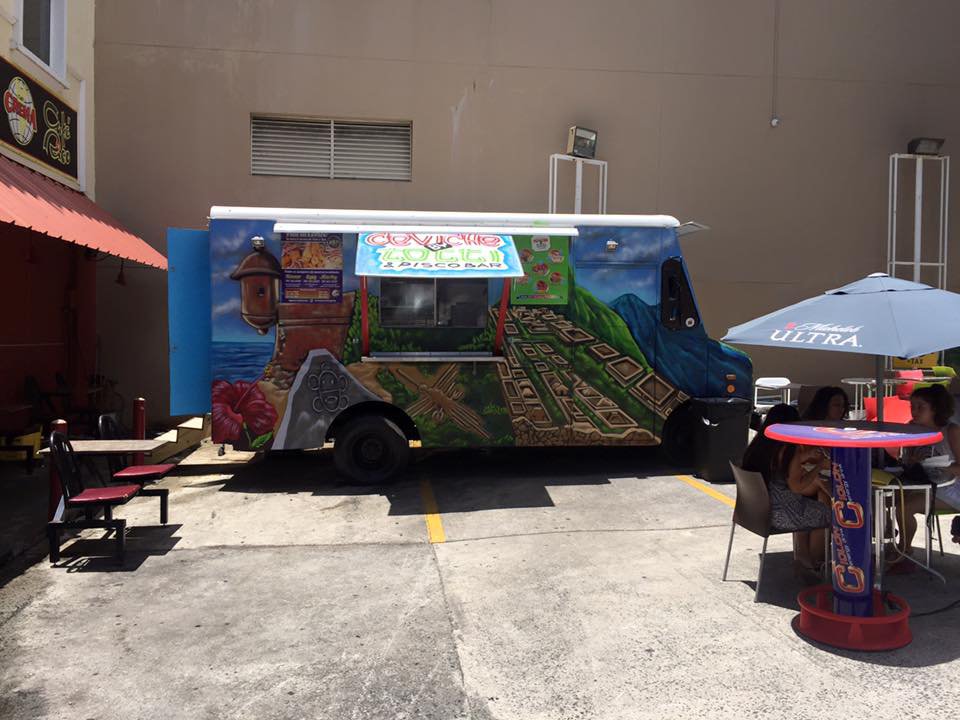 About Peruvian Ceviche by Totti

By all local accounts, the best ceviche in Puerto Rico isn't to be found in a fancy restaurant, but from a borderline-unnamed street-cart pushed by a man so friendly he could hardly be mistaken for a chef, until of course you try what comes out of his cart. Peruvian-style ceviche flows as naturally as water in Totti's capable hands, customized to the customer's contentment. And to soak it all up- yucca fries and empanadas are cooked to golden bliss and served up alongside each bowl. There's even fish chicharron for those who want step their savory game up to the next level. But the ceviche remains the main attraction, and it's an attraction to end all others. Money might buy you a lot of things in Puerto Rico, but when it comes to ceviche, if you're paying a cent more than Totti charges, you might as well be tossing it in the air - cause this is as good as it really gets. Quality this accessible is cause for confusion.