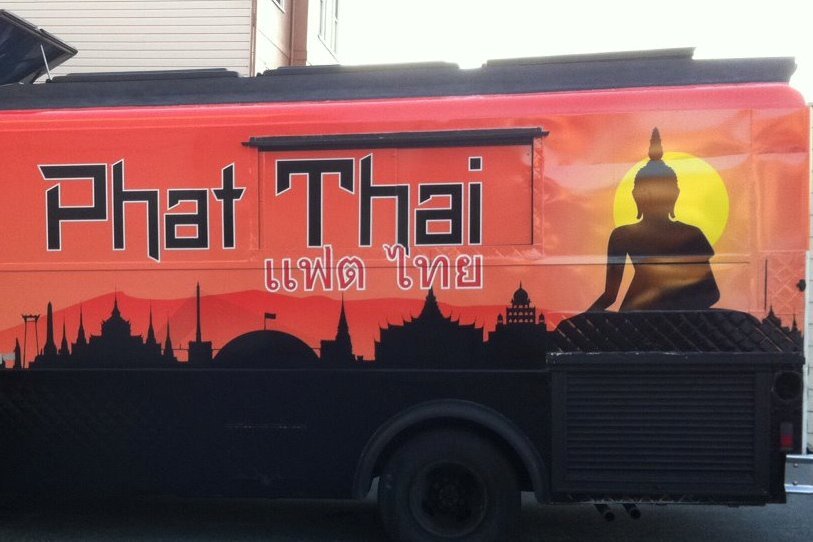 Phat Thai is importing tradition from the streets of Taiwan to the streets of San Francisco, bringing all the exotic flavors and spicy dishes you'd expect from Taiwanese food. Out of a food truck, no less. Which in and of itself is no small feat, but even more so, Phat Thai's got a big menu full of hearty and heartfelt homestyle meals, brought to you from a family dedicated to authenticity and serving you the best eats on the streets.

Brothers Bobby and Alom Hossain are no strangers to good cooking. According to them, they were spoiled by their mom's delicious cooking, and for over 30 years, she's been serving friends and family with that same quality cuisine. So it was only natural, then, that the brothers continue the legacy, sharing the family's passion for Thai food. From pad thai to pad se-ew, you're getting the staples and then some. Because the brothers are reinventing familiar forms, offering up tried and true recipes on comfort foods. Like their signature Phat Wings, smothered in the brothers' all original Phat wing sauce. So the next time you're craving Thai food and you happen to be in the Bay Area, you know exactly where to go. Trust us. It doesn't get much better than this.

Green Curry - for those who wish to take on a spicy challenge, get the spiciest curry Phat Thai has to offer, featuring green beans, Thai basil, and bell peppers, on its own as a great vegetarian option or with the addition of tender beef